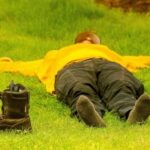 Weekend of fear looms for Californians in face of wildfires 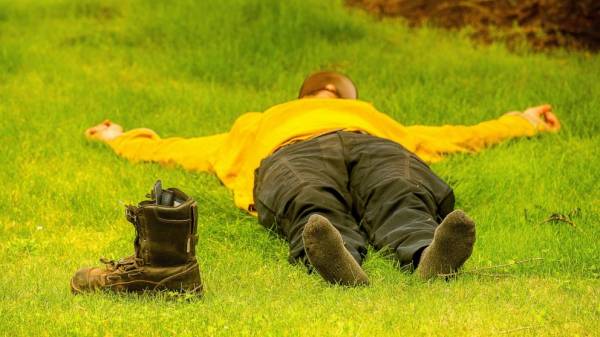 GREENVILLE, Calif. — People living in the scenic forestlands of Northern California found themselves facing a weekend of fear as wildfires threatened to reduce thousands of homes to ashes.

The Dixie Fire that incinerated much of the gold rush-era town of Greenville threatened more than 10,000 buildings in the northern Sierra Nevada. It had engulfed an area larger than the size of New York City.

It was the largest current wildland blaze in the nation and the third-largest in recorded California history, according to the state Department of Fire and Forestry Protection.

Wind-driven flames destroyed dozens of homes and most of Greenville’s downtown on Wednesday and Thursday, and also heavily damaged Canyondam, a hamlet with a population of about three dozen people. The fire reached Chester but crews managed to protect homes and businesses there, officials said.

Charlene Mays kept her gas station in Chester open as long as she could, telling weary firefighters not to apologize for the trail of ash their boots left on the floor. But when the small town on the northwest shore of Lake Almanor lost power, Mays decided it was time for her to leave.

She ran home to grab a box of valuables, including her husband’s class ring and some jewelry. The smoke was so thick it was hard to breathe. Chunks of ash broke apart as they hit the ground, making a sound like broken glass.

That was two days ago. Since then, Mays has been living in the parking lot of Lassen College in Susanville. Her husband stayed behind to maintain some water tanks firefighters were using. It’s just her, a miniature pinscher chihuahua named Jedidiah and a pit bull named Bear.

Her home was still standing on Friday but her fate was bound with the direction of the wind. She wasn’t alone.

“I’ve got probably 30 of my regular customers right here,” she said.

The Dixie Fire, named for the road where it started, now spans an area of 679 square miles (1,760 square kilometers) and was just 21% contained. No injuries or deaths have been reported.

Weather at the fire site was expected to have higher humidity and calmer winds Saturday with temperatures topping 90 degrees Fahrenheit (32 degrees Celsius) instead of the 40-mph (64-kph) gusts and triple-digit highs recorded earlier in the week.

Still, the blaze and its neighboring fires, within a couple hundred miles of each other, posed an ongoing threat.

Heat waves and historic drought tied to climate change have made wildfires harder to fight in the American West. Scientists say climate change has made the region much warmer and drier in the past 30 years and will continue to make weather more extreme and wildfires more frequent and destructive.

Near Klamath National Forest, firefighters kept an eye on small communities that were ordered evacuated in the path of the Antelope Fire, which earlier had thrown up flames 100 feet (30 meters) high as it blackened bone-dry grass, brush and timber. It was just 20% contained.

Further northwest, some 500 homes scattered in and around Shasta-Trinity National Forest remained threatened by the Monument Fire and others by the McFarland Fire, both started by lightning storms last week, fire officials said.

About a two-hour drive south from the Dixie Fire, crews had surrounded about a third of the River Fire that broke out Wednesday near the town of Colfax and destroyed nearly 90 homes and other buildings. Evacuations for thousands of people in Nevada and Placer counties were lifted Friday. Three people, including a firefighter, were injured, authorities said.

Dale Huber walked into the fire zone Friday to check on his brother’s home, which was reduced to rubble.

“It used to be a bunch of cool stuff, and now it’s just trash,” Huber said. “You can’t fix it. We can tear it out and start over again or run away. I think he’s decided he wants to rebuild here.”

Smoke from the fires blanketed central California and western Nevada, causing air quality to deteriorate to very unhealthy levels. Air quality advisories extended through the San Joaquin Valley and as far west as the San Francisco Bay Area, where residents were urged to keep their windows and doors shut.

California is on track to surpass last year, which had the worst fire season in recent recorded state history. Since the start of the year, more than 6,000 blazes have destroyed more than 1,260 square miles (3,260 square kilometers) of land — more than triple the losses for the same period in 2020, according to state fire figures.

California’s raging wildfires were among more than 100 large, active fires burning across 14 states, mostly in the West where historic drought conditions have left lands parched and ripe for ignition.