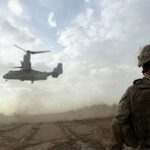 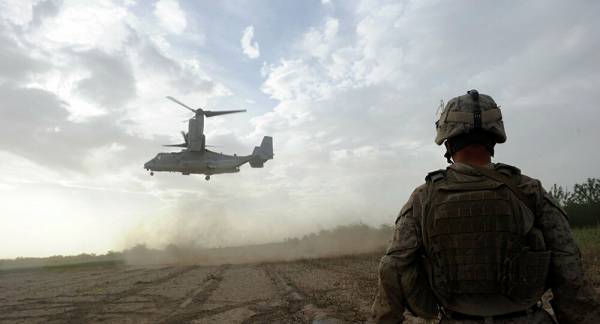 The security situation in the war-torn country has deteriorated dramatically of late, with the Taliban overrunning nearly a dozen provincial capitals and taking control of major road arteries amid the US’ ongoing withdrawal.

The US Embassy in Afghanistan issued a security alert on Thursday urging US citizens to “leave Afghanistan immediately using available commercial flight options.”

The embassy urged those who cannot afford to purchase an airline ticket to contact the diplomatic mission. “If you are a US citizen and delaying your departure while you await an immigrant visa for a spouse or minor child, please contact us immediately.”

The mission also called on Americans still in the country to enrol in its “Smart Traveler Enrolment Programme” to receive access to security updates and allow the embassy to contact individuals in case of an emergency, including “in the event of a future official evacuation flight.”

The security alert comes amid a dramatic deterioration of the security situation in Afghanistan, with the Taliban capturing 11 cities, with reports that street battles are underway in Herat – Afghanistan’s third-largest city – on Thursday.

The State Department ordered a reduction of staff at the US’s Kabul Embassy in late April following President Biden’s announcement that US forces would be withdrawing from the country after more than 19 years of occupation. The State Department justified its decision at the time by citing “increasing violence and threat reports in Kabul.”

Unnamed officials also told Reuters on Thursday that the US military would be sending troops to Kabul ‘temporarily’ to help with the evacuation of Embassy staff.

Afghanistan has long been listed as a Level 4 – “Do Not Travel” nation by US government, with the State Department citing a long list of threats including crime, civil unrest, kidnapping, terrorism, armed conflict, and the coronavirus.

The Taliban announced that they had captured Herat’s police headquarters on Thursday after fighting with Afghan security forces for the city, taking with it military equipment and weapons stored inside.

Earlier in the day, Abdullah Abdullah, the chief of the Afghan Supreme Council for National Reconciliation, called for an emergency meeting of the United Nations Security Council over the crisis in his country, and described the present situation a “critical.”

Eleven of Afghanistan’s 34 provincial capitals are now under the control of the Taliban, with the dramatic disintegration of Afghan government forces starting last week. Before that, the Sunni militia controlled zero cities. The last city to fall to the militants was Ghazni, a strategic city situated just 150 km southwest of Kabul.

On Wednesday, Adela Raz, Afghanistan’s ambassador to the United States, urged the Pentagon to ramp up urgent air support for Afghan forces. Earlier, Pentagon spokesman John Kirby was at a loss for words after a journalist asked him at a briefing why the Afghan forces’ 300,000 troop-strong army with air power, NATO training and superior equipment was unable to defeat a Taliban force estimated by President Biden to number about 73,000 militants.

US intelligence recently estimated that Kabul could fall to the Taliban within six to 12 months of the departure of US and NATO forces.

The speed of the collapse of US-backed Afghan government forces in the face of Taliban offensives has surprised some observers. The unprecedented loss of nearly a third of the country’s major cities in a week stands in stark contrast to the Soviet-backed government’s ability to withstand the jihadist advance for several years after the last Soviet troops pulled out of the country in February of 1989. The Moscow-assisted government held on against Western-backed mujahideen for over three years, and fell in April 1992, and only after Boris Yeltsin ordered a complete halt to the delivery of emergency fuel supplies to the Najibullah government.