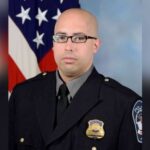 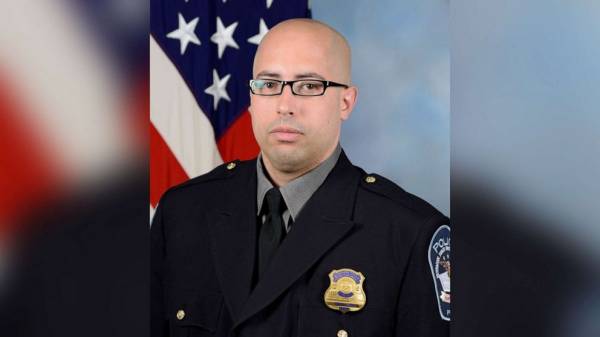 The police officer stabbed and then fatally shot during an attack at the Pentagon’s bus terminal on Tuesday has been identified as George Gonzalez, a Brooklyn native and Iraq War veteran who joined the Pentagon police force in 2018.

Gonzalez was killed Tuesday after being stabbed by a man identified by the FBI on Wednesday as Austin William Lanz, 27, of Acworth, Georgia.

In a series of tweets, the FBI said the assailant exited a bus at the transit center in Arlington, Virginia, and — without provocation — attacked Gonzalez with a knife, severely wounding him.

Two law enforcement sources told ABC News Tuesday that Gonzalez was stabbed in the head from behind and then disarmed.

A struggle ensued and the assailant mortally wounded Gonzalez with his own service weapon and then shot himself. The FBI also said there were other Pentagon Force Protection Agency officers who engaged with the subject, but he died at the scene.

A civilian bystander was also hurt during the incident and was taken to the hospital with injuries that were not considered life threatening.

Olivier Douliery/AFP via Getty ImagesLaw enforcement officers patrol the entrance of the Pentagon after a report of an active shooter and lockdown in Washington, Aug. 3, 2021.

In addition to the Pentagon police officers, the Metro Transit Police Department, Arlington County Police Department and the FBI Washington Field Office responded to the incident. The FBI’s investigation continues.

“A native of Brooklyn, New York, he was a die-hard Yankees fan. He was a graduate of New York City’s Canarsie High School,” the statement continued.

Pentagon Force Protection AgencyPentagon Police Officer George Gonzalez, who was killed on Aug. 3, 2021, during an attack at the Pentagon bus platform, is pictured in an undated handout image.

“George Gonzalez joined the Pentagon Force Protection Agency (PFPA) as a police officer on July 22, 2018. As a Pentagon Police officer, he took our mission of “protecting those who protect our nation” to heart,” it added. “He was promoted twice and attained the rank of Senior Officer in 2020. A gregarious officer, he was well-liked and respected by his fellow officers.”

A U.S. Army veteran who had been awarded the Army Commendation Medal for his service in Iraq Gonzalez had previously served with the Federal Bureau of Prisons and the Transportation Security Administration.

“Officer Gonzalez embodied our values of integrity and service to others,” said the agency statement. “As we mourn the loss of Officer Gonzalez, our commitment to serve and protect is stronger. Officer Gonzalez’s family is in our thoughts and prayers. May he rest in peace.”

In a statement shared by the agency in a series of tweets, the officer’s family said they were heartbroken over the death of their son and brother, but were proud of the life he had lived.

“George devoted his life to serving his country; first in the military, and then, as a law enforcement officer, he continued to serve by protecting service members and citizens of this country,” statement from the Gonzalez/Rubert family said. “He had an infectious personality and was fiercely loved by his family and friends. He loved his country, his family, and the Yankees. He was one of the good guys with a big heart and we will miss him always.”

Tuesday evening Defense Secretary Lloyd Austin expressed his condolences to the family of the slain officer and ordered that flags at the Pentagon be flown at half-staff in his honor.

“This fallen officer died in the line of duty, helping protect the tens of thousands of people who work in — and who visit — the Pentagon on a daily basis,” Austin said in a statement.

“He and his fellow officers are members of the Pentagon family, and known to us all as professional, skilled and brave,” he said. “This tragic death today is a stark reminder of the dangers they face and the sacrifices they make. We are forever grateful for that service and the courage with which it is rendered.

He was arrested in Cobb County, Georgia, in April on several charges — including aggravated battery against police, rioting in a penal institution and making terrorist threats or acts, according to county online court records. The judge in that case ordered Lanz have a mental health and substance abuse evaluation and he was released on a $30,000 bond.

Previous : New details about sailor charged with setting blaze on USS Bonhomme Richard
Next : Spirit cancels more than half of its flights on 3rd consecutive day