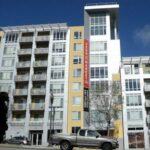 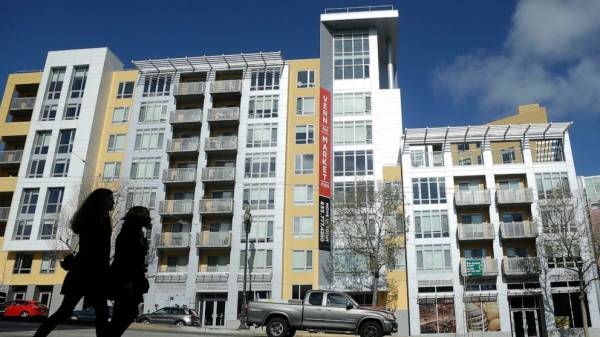 If you’re the parent of a young adult, you may be asked to co-sign for a car loan or an apartment lease.

Before you agree, know what’s at stake — you could be putting your own financial security at risk.

When you co-sign, you become fully responsible for someone else’s debt. If they don’t pay, you’re on the hook.

Even if they pay on time, being a co-signer can make it harder for you to qualify for credit, because that debt is considered yours and creditors could see you as overextended. If your child doesn’t pay on time, you could suffer significant damage to your credit score. When you put your name on someone else’s debt, it’s smart to make sure you can access account information so you know if trouble is brewing.

“You need to be prepared for the worst-case scenario, which is the other person is unable to pay and they ghost you,” says Kelley Long, a certified public accountant and consumer financial education advocate for the American Institute of CPAs.

Or maybe a sudden end to communication is not the worst. Long points out that you may find yourself at the Thanksgiving table with someone whose debt you are paying, even though they have an Instagram full of vacation pictures and you can’t afford to travel. Decide if you can keep financial betrayal from ruining your relationship.

While it has its pitfalls, co-signing can sometimes be smart. Lynnette Khalfani-Cox, CEO and founder of Money Coach University, co-signed for a condo with her daughter, now 23, four years ago. But this was no caving to puppy-eyed pleading. “It was pure strategy,” she says, and it was a family decision.

Homeownership helped her daughter establish in-state residency and stop paying out-of-state tuition. Khalfani-Cox and her husband, Earl, covered the down payment and closing costs — a total of about $25,000. They saved that much on tuition the first year.

Because roommates’ rent covered the monthly payment, their daughter spent three years living rent-free. And on-time mortgage payments helped her establish good credit. She graduated, got married and got a job, then she and her husband insisted on paying rent. The young couple are looking for a bigger place, and Khalfani-Cox intends to rent the condo out.

WHY DOES YOUR KID NEED A CO-SIGNER?

Lenders want co-signers when they can’t approve someone’s application on its own merits. Reasons are typically:

— Little or no credit history.

— Too little income or too much debt.

— A history of mismanaging credit.

When co-signing for an adult child goes wrong, it’s often because the young adult does not pay as the parent expected, Long says. Relationships can be damaged and credit trashed.

Long recommends spelling out issues such as:

— Who will make the payments.

— What to do if someone can’t make a payment (it would affect both the borrower’s and co-signer’s credit scores).

— Whether and when the loan will be refinanced into the adult child’s name.

In the end, though, the law won’t be on your side if your child doesn’t follow through.

WHEN CAN YOU SAY YES?

“If it’s a payment that you are going to make anyway, or are prepared to make, then co-signing isn’t as risky,” Long says. For instance, if you planned to pay for a car or student loans anyway, you might have the young adult apply. When their name is on the loan, the payments you make help them build credit.

There are qualified yeses as well. Long suggests spreading out responsibility as much as you can if you co-sign a lease. That could mean:

— Asking for individual leases and co-signers for roommates. Landlords are often willing to do that, Long says. Co-signing for only your child’s portion protects you if roommates skip out on rent, damage property, etc.

— Splitting up responsibility for utilities. You don’t want to be on the hook for all of them.

WHEN TO SAY NO

Khalfani-Cox says she’s generally against co-signing. “Many people who are seeking a co-signer have not proved themselves as creditworthy or they’ve had kind of poor credit behaviors in the past. If the bank isn’t willing to loan to them, I’m kind of like, ‘Why should you?’”

If you see signs that your young adult won’t handle credit responsibly, pay attention. If co-signing would jeopardize your financial security, a gentle “no” along with an offer to help some other way — like a one-time cash gift or providing rides — may be wiser.

This article was provided to The Associated Press by the personal finance website NerdWallet. Bev O’Shea is a writer at NerdWallet. Email: boshea@nerdwallet.com. Twitter: @BeverlyOShea.

NerdWallet: How long do derogatory marks stay on your credit? https://bit.ly/nerdwallet-credit-marks