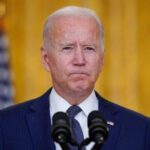 Bad goes to tragic for Biden on Afghanistan: The Note 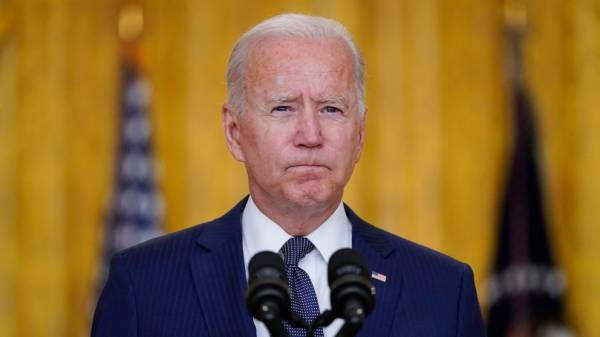 America’s longest war is now in the midst of the longest and perhaps most tragic imaginable ending — a catastrophic, chaotic and deadly end stage that continues even while U.S. forces are expecting more terrorist attacks.

The evacuation figures being cited by President Joe Biden and his White House have been eclipsed by U.S. casualty numbers not seen in a decade. Military leaders warn it could get worse — terrorists firing at aircraft, suicide bombers inspired by Thursday’s carnage or American service members drawn into reluctant combat all over again.

They are possibilities Biden confronted late Thursday, in promising “force and precision” to retaliate against those responsible for the deaths of 13 American troops: “We will not forgive. We will not forget. We will hunt you down and make you pay.”

Evan Vucci/APPresident Joe Biden speaks about the bombings at the Kabul airport from the East Room of the White House, Aug. 26, 2021.

That vow could be lost in the mess that is Afghanistan now, though the political toll for Biden isn’t measured in Republican calls for his resignation or impeachment. It’s only partly measured by the Democratic defections — the growing number of lawmakers calling the administration out publicly, and those calling on Biden to extend the Aug. 31 deadline for troop withdrawal.

An early glimpse emerges in public-opinion polling, where Biden’s standing has been steadier than any modern president’s until about 10 days ago. For the first time in his presidency, Biden’s approval and disapproval ratings are just about even; the lines have converged at 47% in FiveThirtyEight’s poll aggregation.

For all that, the fallout could be greater still. Biden said Thursday that “what America says matters,” and that makes the point: It’s hard to cast this moment as delivering on the U.S. commitment to Afghans or to Americans who have long shouldered this war’s costs.

Throughout the troop withdrawal mission in Afghanistan, Biden has gotten fierce blowback from Republicans. With an eye toward the midterms and an effort to win back both chambers of Congress there will surely be Republicans who aim to make Afghanistan a voting issue.

“Joe Biden has blood on his hands,” tweeted Rep. Elise Stefanik, the GOP House conference chair. “This horrific national security and humanitarian disaster is solely the result of Joe Biden’s weak and incompetent leadership. He is unfit to be Commander-in-Chief.”

This line of attack isn’t foolproof. While the glaring intelligence failure that ushered in the Taliban takeover in Kabul does fall on the Biden administration, it cannot be forgotten that the Trump administration negotiated with the Taliban, with former Secretary of State Mike Pompeo, a possible 2024 contender, playing a major role.

“Trying to extricate yourself from this withdrawal is I think difficult, if not impossible to do, especially to rewrite history about what actually happened,” former national security adviser John Bolton said. “I think that’s a prescription for Democratic attack ads that would be fatal to someone’s credibility.”

Though the casualties of the operation, including the 13 U.S. service members who were killed, are devastating and the images of carnage in Kabul have gripped the nation — American attention spans can be short. There is more than a year until voters head to the polls. If the evacuation missions wrap up next week, it is unlikely to be at the top of mind as Americans cast their ballots. Additionally, when voters make their selections in 2022, it’s likely to be matters closer to home that weigh most heavily in their decisions.

The TIP with Quinn Scanlan

The Republican Party of Virginia filed a lawsuit Thursday seeking to disqualify Terry McAuliffe from the general election ballot, alleging his pre-primary statement of candidacy should have been rejected because the Democratic gubernatorial nominee’s signature was missing from the form, according to the form provided by the party and verified by the Department of Elections.

As it has repeatedly done to his opponent, McAuliffe’s campaign fired back by tying the commonwealth’s Republican Party to the former president.

“Our campaign submitted the required paperwork. This is nothing more than a desperate Trumpian move by the Virginia GOP to deprive voters of a choice in this election because Terry is consistently leading in the polls,” a campaign spokesperson said.

Win Mcnamee/Getty ImagesFormer Virginia Gov. Terry McAuliffe campaigns for a second term during an event at the Port City Brewing Company in Alexandria, Virginia, on Aug. 12, 2021.

Professor Michael Gilbert, the vice dean of the University of Virginia School of Law, told ABC News he doubted the lawsuit would succeed because “the violation is harmless, and the remedy sought — removing McAuliffe from the general election ballot in November — is extreme.”

Gilbert added that it’s unclear a signature is required. Virginia statute doesn’t specify that a candidate’s signature is needed and neither does the form.

Previous : Google, Microsoft Commit Over $30 Billion Toward US Cybersecurity Efforts After White House Meeting
Next : US special operations vets carry out daring mission to save Afghan allies