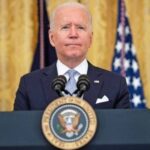 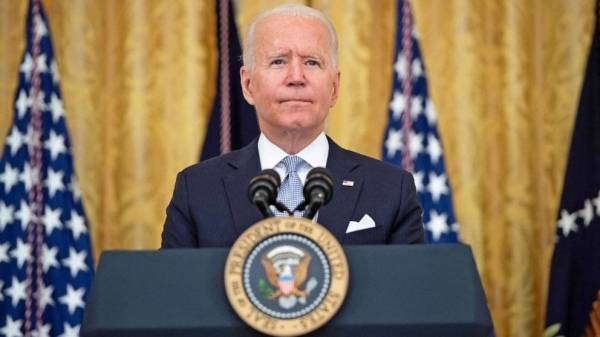 Even as the delta variant is causing higher COVID-19 case rates and hospitalizations across the United States, President Joe Biden will discuss his push to help get people around the world vaccinated in remarks Tuesday, highlighting that the U.S. has already shipped 110 million doses abroad.

The push to share vaccines globally is an effort to halt the rise of any future variants of the virus, which global health experts warn could potentially compromise vaccine immunity.

Biden will announce that the first of 500 million Pfizer vaccine doses the administration ordered for global distribution will begin shipping at the end of August. Of those doses, 200 million are expected to ship in 2021, with the remaining 300 million to follow in 2022.

MORE: Why vaccinating the world against COVID-19 is a monumental undertaking

Biden announced the 500 million-dose commitment at the G-7 summit in the United Kingdom in June, as part of an effort to drum up additional contributions from allies.

“We’re gonna help lead the world out of this pandemic, working alongside our global partners,” Biden said in remarks ahead of the summit. He added that the U.S. had a “responsibility” and a “humanitarian obligation to save as many lives as we can.”

Biden will also tout a vaccine-sharing milestone Tuesday: that the U.S. has already shipped more than 110 million doses to more than 60 countries around the world, mostly through COVAX, the World Health Organization’s vaccine-sharing initiative. The U.S. has shared more doses than every other country combined, according to U.N. data.

In April, Biden first committed to sharing 60 million doses of the AstraZeneca vaccine, which were purchased by the U.S. but never received FDA emergency use authorization. Biden also pledged in May to share another 20 million doses of the three available vaccines in the U.S., totaling a pledge of 80 million doses. Tuesday’s remarks will highlight the fact that U.S. contributions worldwide have already outpaced that 80 million-dose pledge.

Saul Loeb/AFP via Getty ImagesPresident Joe Biden speaks about COVID-19 vaccinations, in the East Room of the White House in Washington, D.C, July 29, 2021.

Still, global public health experts warn that wealthier nations need to step up their efforts, noting that the longer it takes for poorer countries to become vaccinated, the longer the pandemic will persist worldwide.

Various non-governmental agencies, including the Center for Strategic International Studies, the Duke University Global Health Institute and the Center for Global Development penned an open letter to the Biden administration Tuesday, calling on the U.S. to ramp up its efforts.

“The US and G7 allies have taken important but modest steps to close the global vaccine gap, including by accelerating large-scale production and delivery of high-quality vaccines, increasing financial support to COVAX, and committing to share roughly 900 million doses over the next year (including 580 million from the US). But these actions fall far short of the true scale and urgency required,” the letter says.

“Getting 110 million doses out is really helpful, but in the scale that we need to find a way to get 10 billion plus doses out, it’s not even in the order of magnitude to make a difference,” said Dr. Krishna Udayakumar, director of the Duke Global Health Innovation Center. “The U.S. has done more than any other country so far, but that’s more an indictment of the whole response, as opposed to the U.S. standing out in any positive way.”

Udayakumar warned that while the focus continues to be on worldwide vaccine supply, distribution challenges will soon come to the fore.

“We have under-invested on the ground in ensuring vaccines can turn into vaccinations. My biggest concern is we’re going to see vaccines sitting in freezers around the world.” he said.