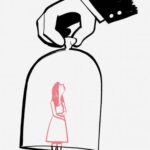 The Supreme Court and the Future of Roe v. Wade

One of the more dubious assumptions undergirding the latest assault on reproductive rights in this country is the idea that abortion is a kind of niche procedure for which there isn’t much need, and for which there will be even less need in some unspecified future. ­Defending the new Texas law that bans abortion after about six weeks, making no exception for pregnancies that are the result of rape, Governor Greg Abbott explained that this restriction won’t be a problem, because he plans to “eliminate rape” in the state. In the next few months, the Supreme Court will consider the constitutionality of a Mississippi law that bars most abortions after fifteen weeks. That case, Dobbs v. Jackson Women’s Health Organization, is widely viewed as an opportunity for the Justices, if they so choose, to overturn the nearly fifty-year-old precedent set by Roe v. Wade. 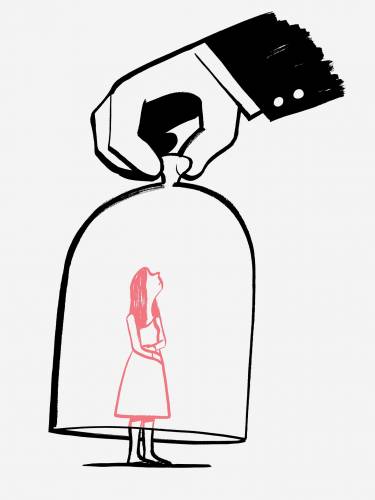 Mississippi’s brief to uphold its law offers, among other rationales, the assertion that women’s lives are so much freer, more equal, and more replete with birth-control options now than they were in 1973, when Roe legalized the right to abortion nationwide, that we can let that right go by the wayside. “Modern options regarding and views about childbearing have dulled concerns on which Roe rested,” state officials claim—namely, that unwanted pregnancies were hard on women and on their prospects in life. But the Mississippi brief says that everything is different now: laws addressing pregnancy discrimination and offering family leave “facilitate the ability of women to pursue both career success and a rich family life.” They add that, although “abortion may once have been thought critical as an ­alternative to contraception,” this is no longer the case, since birth control is more available and reliable.

The errors of fact and judgment in this patronizing argument are staggering. The United States, alone among industrialized nations, does not mandate paid family leave. The major advances in women’s access to careers and to the public sphere have occurred since the early nineteen-seventies, when abortion was legalized, and it’s quite likely that the two developments had something to do with each other. Furthermore, even in an egalitarian society with reliable access to contraception and to child care for all, people will still want, and should be able to exercise, agency over the intimate, life-transforming decisions of when, or whether, to have children. Many people will still feel a need to end pregnancies for reasons—health risks and crises, destructive or failed relationships, personal economic hardship, the needs of other children—that have little to do with prevailing social conditions.

It’s true that the most recent data show that rates of unintended pregnancy and abortion have declined since the early two-thousands, but both remain common. Nearly one in four women will have had an abortion by the time she is forty-­five, according to an analysis by the Gutt­macher Institute. The procedure that anti-­abortion lawyers want to portray as an unnecessary and outmoded privilege (and a shameful one) is a form of medical care that hundreds of thousands of people turn to each year, low-income people in particular. (Half of all abortions are obtained by people living below the federal poverty line.) Not everybody can afford or obtain reliable birth control. And, ­despite Abbott’s absurd claim, there will always be people who become pregnant through coerced unprotected sex.

Consistently preventing pregnancy during the reproductive life span isn’t so easy, and that span has been getting longer. The lawyer and bioethics professor Katie Watson has estimated that a fertile woman who has sex with a man regularly throughout her reproductive years will have to dodge up to twenty-­nine pregnancies if she wants to have just two children and avoid an abortion. That’s a lot of contraceptive efficacy to rely on. Moreover, plenty of evidence shows that restrictions on abortion do not end the practice. The need remains, and women find a way to meet it, though this sometimes requires ingenuity, along with legal and physical risk-taking. People in exigent circumstances shouldn’t have to contend with such challenges.

All these facts of life are important to acknowledge, because anti-abortion lawyers are intent on erasing them. Mississippi claims that no “legitimate reliance interests call for retaining Roe and Casey,” the 1992 Supreme Court ruling that upheld a constitutional right to abortion while allowing states to impose limits before the stage of fetal viability. The state also says that Justices needn’t worry about stare decisis—the principle that would encourage them to respect legal precedent—or about the impact on people’s lives if Roe is tossed out. Abortion-law jurisprudence, the petitioners write, has always been “fractured and unsettled,” and the “Court is not in a position to gauge” how reliant society is on abortion. But, as the lawyers representing the lead respondent—the only remaining abortion clinic in Mississippi—point out, the Court has heard multiple abortion cases since Roe and, while it has allowed states to chip away at the constitutional right to abortion, it has also clearly upheld the core finding.

The Court that will consider the Mississippi law—the first major abortion case since Amy Coney Barrett replaced Ruth Bader Ginsburg—is composed of three liberals and six conservatives, three of them appointed by Donald Trump. Barrett, as a law professor at Notre Dame, signed a petition denouncing abortion. Clarence Thomas has openly declared his disdain for Roe. The best hope for retaining abortion rights might be if Chief Justice John Roberts and at least one other conservative decide that overturning Roe is too much of a blow to settled doctrine, or that it would make the Court look too nakedly political. Roberts has shown a penchant for this kind of thinking; the others, less so. (Last week, Barrett, while speaking at the ­McConnell Center, at the University of Louisville—named for the Republican senator who rushed through her confirmation—maintained that the Court is never partisan.)

Stare decisis is meant to protect not just institutions but also citizens who have come to depend on certain rights. Access to abortion, for all the dug-in objections to it, is one such right, and most Americans want to retain it. As Justices Anthony Kennedy, Sandra Day O’Connor, and David Souter wrote for the plurality in Casey, “The ability of women to participate in the economic and social life of the Nation has been facilitated by their ability to control their reproductive lives.” That was true in 1992; it is no less true in 2021. ♦

Previous : What Does the World’s Oldest Art Say About Us?
Next : The fall equinox is Wednesday: 8 things to know about the first day of autumn