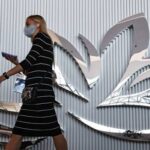 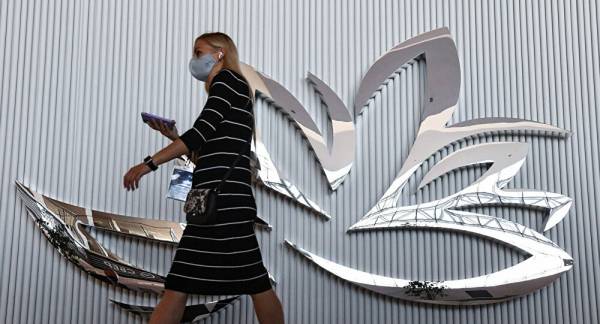 VLADIVOSTOK (Sputnik) – The Eastern Economic Forum (EEF) has opened in the Russian Far Eastern city of Vladivostok amid heightened measures to prevent the spread of COVID-19.

Held annually since 2015, the forum was cancelled in 2020 due to the pandemic. This year’s session will take place from 2-4 September on the campus of the Far Eastern Federal University in Vladivostok. The event, aimed at developing businesses ties and attracting national and international investors to Russia’s Far East, will be held in a hybrid format.

This time the forum is taking place amid strict anti-COVID measures. All guests at the forum are obliged to be vaccinated against COVID-19 unless they have had the disease within the last six months, the governor of Russia’s Primorsky Territory, Oleg Kozhemyako, told Sputnik earlier in August. The governor described the forum venue as an “island of safety” and promised that all necessary precautions will be observed.

“All events will be held strictly in accordance with the restrictions and, of course, with the mask requirement in place. We plan to have a chessboard-like sitting arrangement or partial filling of halls with groups of up to 40 people”, Kozhemyako explained.

HYDROGEN-FUELLED AURUS TO BE SHOWCASED AT FORUM

Although the forum is about business and signing contracts, there will be an eye-catching expo as well. In particular, Russia’s first hydrogen-powered luxury car Aurus will be showcased at the forum, according to Aurus’ representatives.

The first experimental model of the hydrogen-fuelled Aurus Senat was introduced in late May when its mass production began at the Elabuga plant in the Republic of Tatarstan.

Aurus is a Russian luxury car brand that aspires to challenge the world’s leading companies on the international market. The project is under the direction of the Russian Central Automotive Institute in collaboration with the company Sollers.

Russian President Vladimir Putin will pay an official visit to Vladivostok and is due to take part in the forum, which this year is devoted to new opportunities for the Far East in a changing world.

On 3 September, Putin is expected to deliver a speech at a plenary session of the EEF, where the heads of Kazakhstan, Mongolia, Argentina, China, India, and Thailand will participate remotely. Meanwhile, the Kremlin has announced that Putin does not plan to hold any separate meetings with foreign participants of the forum.

A delegation from Japan will join the EEF and is expected to negotiate new and existing projects in energy, logistics, and urban development, Japanese Ambassador to Russia Toyohisa Kozuki announced in late August.

Earlier in August, reports emerged that Japanese lawmaker Muneo Suzuki proposed to Prime Minister Yoshihide Suga to hold a high-level summit with Putin during the forum, if it is not conducted online due to COVID-19. The Japanese media reported that Suzuki received positive feedback from the prime minister. Suga reportedly said that face-to-face meetings help the sides understand each other’s aspirations. So far, the reports have not yet been confirmed.

Russia and Japan have not yet signed a peace treaty after the end of World War II. Relations are complicated by a territorial dispute over the Kuril Islands belonging to Russia – Iturup, Kunashir, Shikotan, and the Habomai group of islands. In 1956, Moscow and Tokyo signed a declaration, according to which the former committed to ceding control of Shikotan and the Habomai Islands to Japan after signing a peace agreement. However, Japan still insists on the cession of all the islands.

Previous : Report: US Has Thrown Away More Than 15 Million COVID Vaccine Doses Since March
Next : Far East Can Become Base for Cooperation Between Russia, South, North Korea, Minister Says