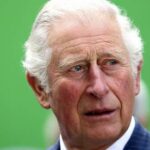 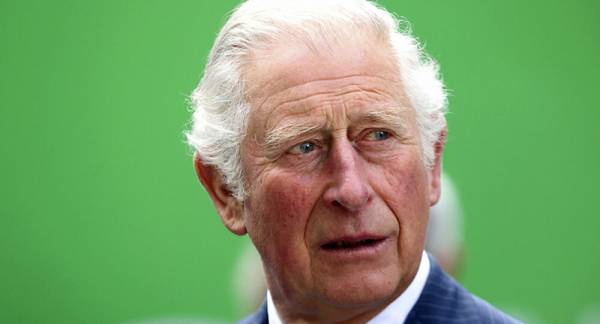 Formerly a footman to HRM Queen Elizabeth II, Michael Fawcett became Prince Charles’ assistant valet and an ‘indispensable’ aide about whom the heir apparent to the British throne once reportedly exclaimed: “I can manage without just about anyone, except for Michael.”

Prince Charles’s former closest aide and chief executive of The Prince’s Foundation has temporarily quit amid allegations he offered to help a billionaire Saudi donor to the royal’s charity secure a knighthood and British citizenship, reported The Mail on Sunday and The Sunday Times.

Douglas Connell, chair of The Prince’s Foundation, registered in Scotland, was cited as saying:

Fawcett’s job will be temporarily taken over by Emily Cherrington, chief operating officer.

Michael Fawcett has found himself in the crosshairs after a correspondence purportedly involving William Bortrick, the owner of Burke’s Peerage, a British genealogical publisher, and one of the advisers to Saudi business tycoon Mahfouz Marei Mubarak bin Mahfouz was leaked.

​The correspondence cited by The Sunday Times revealed Mahfouz’s adviser saying in 2014 that as soon as the billionaire had “Hon OBE… then more money will flow”.

The “cash for favours” is rooted in donations towards Prince Charles’s scheme to renovate Dumfries House in Scotland. The order of the British Empire award, it was claimed in the leaked letter, was “promised” to Mahfouz “to get the £1.5m he paid for Dumfries (House) and (The Castle of) Mey”. It was added that “MF (Michael Fawcett) needs to keep to his side of the bargain and sort out the Hon OBE immediately – then assist with citizenship.”

Fawcett, according to the outlet, subsequently helped elevate the proposed honour from an OBE to a Commander of the Order of the British Empire (CBE) award.

A leaked letter, ostensibly written by Michael Fawcett on 18 August 2017 to Busief Lamlum, an aide to the Saudi billionaire, says:

Mahfouz, 51, has made several six-figure donations to Prince Charles’s charities, and in October 2014 was invited to Dumfries House for the unveiling of a fountain named in his honour, writes the Daily Mail.

The tycoon received the honorary CBE from Prince Charles in a private Buckingham Palace ceremony in 2016.

In light of the current reports, a spokesman for Bin Mahfouz is cited as saying he had “not had personal or direct communication to either request, influence or make any arrangements regarding citizenship or knighthood with Mr Fawcett, or anyone connected to HRH The Prince of Wales or The Prince’s Foundation.”

From Footman to ‘Indispensable’ Royal Aide

Michael Fawcett, who was appointed footman to Queen Elizabeth II in 1981, eventually rose through the ranks to become Prince Charles’s assistant valet. In a scandal back in 2003 he was accused of selling royal gifts and pilfering some of the proceeds, and dubbed “Fawcett the Fence”.

During the inquiry, Fawcett was said to have violated “internal rules relating to gifts from suppliers” but the rules were not enforced and he made no secret of the gifts. He was, accordingly, cleared of wrongdoing, but resigned following the report’s publication. Fawcett retained the position of Prince Charles’ freelance events manager.

​He was appointed chief executive of the Prince’s Foundation in 2018. After being placed in charge of the Prince’s charitable foundation, one of his main tasks was securing renovation donations for Dumfries House, acquired by the royal in 2007, says the Daily Mail.

Sources have been cited as voicing surprise that Prince Charles has continued to rely heavily on a controversial figure such as Fawcett, once ostensibly claiming he was an “indispensable” aide.

As the current scandal broke, Liberal Democrat MP Norman Baker was one of a chorus of voices who have called for the Metropolitan Police to investigate allegations of “cash for favours” concerning Fawcett.

A spokeswoman for The Prince’s Foundation said:

Previous : Meghan & Harry Want to Meet the Queen After Months of ‘Truth Bombs’ and Palace is ‘Shocked’ – Report
Next : Kremlin Dismisses Ukrainian President’s Claims That Nord Stream 2 is a ‘Threat’ to Europe