The Power of Dave Chappelle’s Comedy

Dave Chappelle, early in his new, predictably incendiary Netflix special, “The Closer,” says, in an understatement of the obvious, “I’m rich and famous.” He says it en route to the larger observation that, if the pandemic has been trying for him—he contracted COVID-19 in January but was asymptomatic—it has been far more so for people who fall into neither category. But from there he detours into an extended series of jokes about the L.G.B.T.Q. community—he refers to being trans as the gender equivalent of wearing blackface—which have mired the special in controversy. 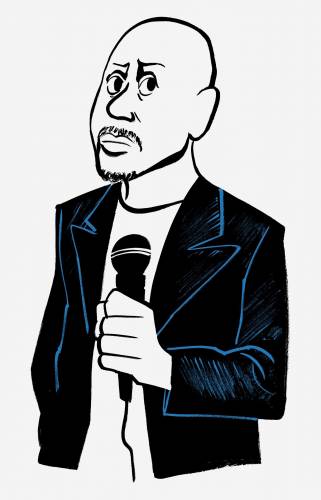 For two weeks after its release, on October 5th, “The Closer” was among the ten most viewed programs on Netflix—but it was also met with outrage. Jaclyn Moore, the showrunner for the Netflix series “Dear White People,” who is white and trans, denounced “The Closer” and pledged not to work with Netflix in the future. (This led to a social-media backlash from people asking why “Dear White People,” a show about Black perspectives on white racism, had a white showrunner to begin with.) B. Pagels-Minor, a Black trans nonbinary Netflix employee who was helping organize a workplace walkout to protest “The Closer,” was fired for allegedly leaking internal documents about the special to the press. (Pagels-Minor denied leaking the material.) The walkout took place on October 20th.

Meanwhile, in response to allegations that Chappelle’s comments in “The Closer” might lead to violence against trans people, Ted Sarandos, a Netflix co-C.E.O., in a memo sent to employees, defended the special and cited other more L.G.B.T.Q.-positive content on the platform, such as the comedian Hannah Gadsby’s two specials. Gadsby responded by denouncing Netflix, with poetic economy, as an “amoral algorithm cult.” Sarandos also noted the company’s “strong belief that content on screen doesn’t directly translate to real-world harm.” This was a curious position, and, on Wednesday, Sarandos felt compelled to concede that, in fact, “content on-screen can have an impact in the real world, positive and negative.” Comedy is powerful precisely because it riffs on and ridicules mores and habits. And within that arena no one is more successful, relevant, or influential than Chappelle.

And no one is seemingly more aware of the power of his comedy. In 2005, Chappelle walked away from a reported fifty-million-dollar contract with Comedy Central for two additional seasons of “Chappelle’s Show,” his sketch-comedy series. Years later, he explained that he’d been conflicted about the effect of his brand of racial humor, which relied heavily on enacting stereotypes in order to ridicule them. He had begun to wonder whether his audience got the second, more subtle layer of his work, or whether it was entertained purely by the stereotypes. Some critics said that the pressure and the expectations that came with the contract and the success of the show’s previous seasons had been so intense that the comedian just decided that he wanted out. But Chappelle, as he told David Letterman, was attuned to nuances in his work that it would have been more convenient (and more lucrative) to ignore. There was always the risk, in riffing on the racial absurdities of American culture, of reinforcing rather than undermining them.

The absence of concern of this kind about “The Closer” is striking, and suggests that Chappelle’s line about being rich and famous is more significant to the controversy than has been noted. Onstage, he refers to himself as the man who walked away from fifty million dollars, but the credibility he derived from that act sixteen years ago is now being deployed defensively and cynically, as if to place above suspicion any possible motive for telling denigrating jokes about trans people. He is also the man who walked into a reported sixty-million-dollar Netflix deal.

The “Closer” controversy is not happenstance; Chappelle notes that this will be his last special “for a while.” It may even be seen, along with some of his previous work, as cancel bait. In “The Bird Revelation,” which aired on Netflix in 2017, Chappelle defended Louis C.K., whose own television series had been cancelled owing to allegations—which he admitted to—of sexual misconduct, including masturbating in front of female colleagues. In “The Closer,” Chappelle jokes that he hoped to “negotiate the release of DaBaby,” the rapper who was criticized for making homophobic comments and insulting people with H.I.V./AIDS during a performance in July. (DaBaby apologized on Instagram, albeit in a way that only compounded his problems; he later deleted the post.) Chappelle has argued that taking away people’s livelihoods via cancellation is tantamount to killing them—a statement that carries weight coming from someone who has spent three decades creating work that critiques racism. Yet the principle at stake here is not equality but impunity.

“The Closer” marks a new iteration of the ongoing debate about cancel culture, but not necessarily for the reasons that Chappelle intended. In 2005, it meant something for a Black man to reject an enormous pile of money in the name of integrity. The past two weeks reiterated a contrasting point: that Black men, too, can be invested in the prerogatives that wealth purchases. Earlier this year, Netflix removed old episodes of “Chappelle’s Show” from the platform at the comedian’s request, forgoing the revenue it would have reaped, after he called the contract that allowed Comedy Central to profit from the show more than a decade and a half after its release exploitative. Sarandos has dismissed requests from trans employees that “The Closer” be removed.

The most reactionary and dangerous parts of our current politics and culture are driven by powerful people who claim to be the victims of groups that are far more vulnerable than they are. The irony is that these dynamics are increasingly present in matters of racism. Days after “The Closer” aired, Chappelle performed at a sold-out event at the Hollywood Bowl, before an audience that included Nas, Lizzo, Stevie Wonder, Brad Pitt, and Tiffany Haddish. He remains powerful and influential, despite the protests from a comparatively small community of activists and their supporters. The turbulence around “The Closer” will, in all likelihood, amount to just another speed bump in Chappelle’s path. In gliding through this situation, he has emphasized a fact about power that was never particularly noteworthy. Because the one thing that has not been cancelled is the check. ♦