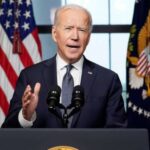 Biden to return to White House to deliver remarks on Afghanistan 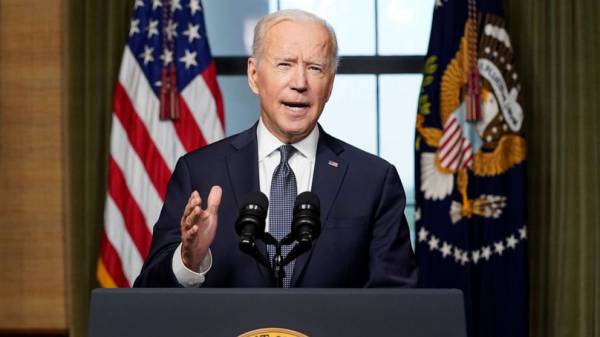 President Joe Biden will cut his time at Camp David short and return to Washington Monday afternoon to deliver remarks from the East Room on the worsening crisis in Afghanistan.

The president has not spoken publicly on Afghanistan since last Tuesday. He insisted that despite rapid advancements by the Taliban, he did not regret the decision to withdraw U.S. troops from the country and that it was time for Afghan forces to defend their own homeland.

Andrew Harnik/AP, FILEPresident Joe Biden speaks from the Treaty Room in the White House about the withdrawal of the remainder of U.S. troops from Afghanistan, April 14, 2021.MORE: Afghanistan updates: Chaos at Kabul airport, world responds

As the Taliban closed in on Kabul on Saturday, the president doubled down on his position, releasing a lengthy statement explaining the rationale behind the drawdown.

“One more year, or five more years, of US military presence would not have made a difference if the Afghan military cannot or will not hold its own country,” he said. “And an endless American presence in the middle of another country’s civil conflict was not acceptable to me.”

White HousePresident Joe Biden speaks with his national security team and senior officials about Afghanistan from Camp David, Md., in a photo released by the White House on Aug. 15, 2021.

The White House said Biden received briefings from his national security throughout the weekend and released a photo of Biden being briefed in a video conference Sunday.

MORE: Afghanistan's collapse: Did US intelligence get it wrong?

Biden has also attempted to shift responsibility for the fall of Afghanistan to his predecessor, claiming the Trump administration empowered the Taliban and pointing out that the former president set an even more accelerated timeline for a military exit.

But Republicans argue that since Biden is currently the commander in chief, he bears the blame.

“Joe Biden has been commander-in-chief for seven months – the current failure in Afghanistan falls squarely on his shoulders,” House Republican Leader Kevin McCarthy tweeted over the weekend.