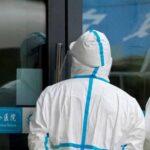 Ex-UN Expert: If US Wants to Conduct COVID Probe In China, It Should Open Its Biolabs to Inspectors 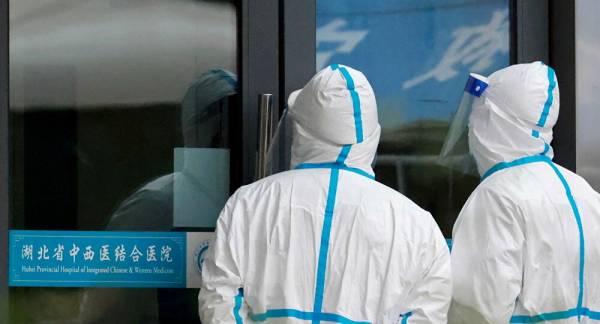 A new US intelligence report on the origins of COVID-19 does not provide a definitive answer as to how the pandemic started. Retired UN Independent Expert on the Promotion of a Democratic and Equitable International Order Alfred-Maurice de Zayas has sat down with Sputnik to discuss new US attempts to exert pressure on China.

We may never know whether the new coronavirus jumped to humans naturally, or via a lab leak, if China is not going to give access to certain data sets, the Wall Street Journal insisted on 24 August, commenting of the US probe’s failure. Still, it appears that the US intelligence community knew that the 90-day long investigation initiated by President Joe Biden would bear no fruit. Earlier, in June, Director of National Intelligence Avril Haines told Yahoo News: “We’re hoping to find a smoking gun, but it might not happen.”

Sputnik:  Could the US intelligence community answer the question which the world’s scientists still cannot answer? Will Washington use the report’s “inconclusiveness” to force China into green-lighting a new international probe?

Alfred de Zayas: The very language of Avril Haines indicates that there is no genuine medical interest about COVID or about victims of the pandemic. When one speaks of a “smoking gun” one is already revealing that one is on the look-out for “someone” to blame, rather than finding durable cures to pandemics – whether influenza, polio, typhoid, Ebola, HIV, Zika virus or COVID. Of course, the WHO and other institutions should continue to conduct world-wide research into possible sources of the COVID-19 genome and into the origins and transmission of other viruses – but any such research must be objective and informed by a spirit of international solidarity – COVID is too serious a matter to be reduced to partisan competition.

The credibility of such “reports” and the media hype is very low, and no country should allow itself to be “blackmailed” into green-lighting “international probes”. Good faith and genuine concern for the health interests of humanity will support further probes, which should be professional and discrete and not accompanied by political and media agitation. The priority should be in combating this pandemic now – and in ensuring an equitable distribution of vaccines worldwide.

Sputnik: On 13 August, China rejected the World Health Organisation’s (WHO) calls for a renewed probe into the origins of Covid-19. Does China have the full right not to authorise a new probe of COVID origins in its territory? Are there any legal mechanisms obligating Beijing to conduct this probe?

Alfred de Zayas: China has cooperated with the WHO since the beginning and duly informed the WHO of 27 atypical pneumonia cases in December 2019, long before Chinese researchers had succeeded in identifying the pathogen, and when they did early in January 2020, the necessary measures were adopted both in China and by the WHO.

The media hype gives a totally wrong impression of the timeline. China cooperated in the first international probe, which the United States and some of its allies promptly put into question and politicised to the point that China, as a sovereign country, is fully within its rights to deny authorisation to a new probe in its territory.

Of course, if there is good faith on all sides and a genuine desire to determine the source of the pathogen, China may decide that it is in everybody’s interest to conduct such a probe. But under political pressure and with all sorts of conspiracy theories going around, China is well advised to withhold authorisation at this point in time.

©
REUTERS / THOMAS PETERSecurity personnel keep watch outside the Wuhan Institute of Virology during the visit by the World Health Organization (WHO) team tasked with investigating the origins of the coronavirus disease (COVID-19), in Wuhan, Hubei province, China February 3, 2021.

Sputnik: On 25 August, Fu Cong, head of the Chinese foreign ministry’s arms control department, stated that “If (the US) want to baselessly accuse China, they better be prepared to accept a counter-attack from China.” What does Beijing mean? Why did it urge the WHO to visit the US military biolab Fort Detrick? Are China’s suspicions justified, in your opinion, or is it a PR stunt to counter Washington’s narrative?

Alfred de Zayas: China’s suspicions are justified. In the past US biological warfare labs have been ordered by the US Centre for Disease Control to stop research into the deadliest viruses and pathogens because of serious security fears, in particular concerning contaminated waste which could leak out of the facility, including waste water. If the US really wants an international probe into Wuhan, it should similarly offer international researchers the possibility of investigating the US biolabs. On the other hand, the United States should not be forced to greenlight a probe into the many US centres of “biodefense” research, including Fort Detrick in Maryland, which has been the epicentre of the US Army’s bioweapons research.

©
REUTERS / ELIZABETH FRANTZU.S. President Joe Biden delivers remarks on the coronavirus disease (COVID-19) response and vaccination program during a speech in the East Room at the White House in Washington, U.S., August 18, 2021.

Sputnik: The Wall Street Journal, The Economist and other mainstream media are continuing to call for a new COVID investigation in China. Is this a sign that the US and Europe will continue to exert pressure on Beijing? Could they use China’s rejection to conduct a probe as a pretext to impose sanctions/restrictions on Beijing, or try to manipulate it into making political and economic concessions?

Alfred de Zayas: We live in an era of cognitive and emotional manipulation, widespread media disinformation, distinguished “pundits” and political narrative managers. Somehow we have learned to live with a so-called “quality press” that disseminates fake news and suppresses non-conformist views. This kind of psychological warfare is not without impact in Washington, London, Paris, Brussels, Madrid, Rome and Berlin.

There is a non-conventional information war going on, which serves specific geopolitical and geoeconomic interests, and which endanger world peace and international cooperation. George Orwell warned us about such manipulation and over the past five decades Professor Noam Chomsky has been enlightening us about the dangers posed by the systematic manipulation of the news – aimed at “manufacturing consent”.

In an interview with Amy Goodman of Democracy Now, Chomsky put the COVID-19 facts into perspective and criticised the US response to the pandemic. Indeed, what we need is preparedness and international solidarity and not the trivial blaming game.

Previous : Pentagon Spokesman Holds Briefing One Day After Deadly Explosions at Kabul Airport
Next : NYC Jail Where Jeffrey Epstein Killed Himself to Be Shut Down Soon, Media Says