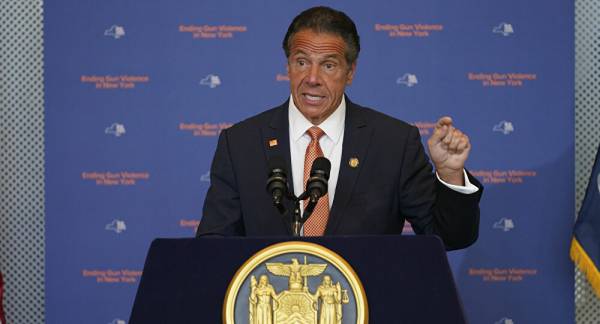 Gov. Andrew Cuomo refuses to resign following the release of a bombshell report accusing him of sexual harassment and disputes the findings. What factors could force the governor to step down and how could the Cuomo sexual scandal impact the Democratic Party image ahead of the 2022 midterms?

Following the release of the attorney general’s explosive report, President Joe Biden called upon Gov. Cuomo to resign. Top American Democrats including House Speaker Nancy Pelosi and Senate Majority Leader Chuck Schumer signalled their solidarity with the president, while NY State Democratic House Speaker Carl Heastie announced that the chamber is prepared to impeach Cuomo should he refuse to step down.

In response to mounting criticism, Gov. Cuomo made a video statement, rejecting all accusations and making it clear that he is not inclined to walk out. In addition, he released a point-by-point rebuttal – prepared by his lawyer Rita Glavin – to the findings of NY State AG James’ report.

According to Lemme, resigning would be admitting defeat and Cuomo’s ego will never allow that to happen.

Although the embattled NY governor remains defiant in his responses and continues to dispute the allegations, this situation can change for two reasons, believes Dr. Yu Ouyang, assistant professor of political science at Purdue University Northwest.

First, the New York state legislature may impeach and remove Cuomo from office. Second, the Albany County district attorney David Soares has opened a criminal investigation into the governor’s behaviour, which could impose further pressure on Cuomo.

​In any case, it is likely that Cuomo’s political career is over, presumes Ouyang. He notes that even Joe Biden and Nancy Pelosi, who have long backed the governor and maintained good relations with him and his family, have called upon him to step down.

To add insult to injury, “Democrats tend to be tougher on Democratic Party candidates who are accused of sexual harassment than Republicans are on Republican Party candidates, and that will work against Cuomo,” notes John Tures, political science professor at LaGrange College in Georgia.

Although Tures believes that Cuomo may survive the latest perfect storm due to his longstanding ties within the Democratic Party, he refers to different studies showing that Dems and their constituents are especially intolerant towards sex scandals. In particular, one survey cited by Tures indicated that 57 percent of Republicans could still vote for a GOP candidate accused of harassing two women, while only 39 percent of Dems could turn a blind eye to similar misconduct by a Democratic candidate.

​The latest polls have shown that 59 percent of New Yorkers, including 52 percent of registered Democrats, say Gov. Cuomo should resign from office following AG James’ damning report. Thirty two percent of New York residents felt Cuomo should serve out the remainder of his term, which ends in November 2022, while a mere 7 percent said they believe he did nothing wrong.

How Could the Cuomo Scandal Affect the Democratic Party?

In addition to this, the Democratic Party is preparing for the 2022 midterms which, according to left-leaning and right-leaning observers, may require additional efforts from the Dems to retain control over the House and the Senate.

Still, John Di Lemme suggests that Cuomo’s scandal “won’t impact the Democrat party at all”. He refers to former President Bill Clinton who got mired in sexual scandal during his tenure in the Oval Office and was later rumoured to have visited the island belonging to paedophile millionaire Jeffrey Epstein. “Democrats still parade him around as the gold standard in their party,” Lemme notes. Yet another top level Democrat involved in a sexual harassment scandal is Joe Biden himself, the political commentator points out, referring to the accusations against Biden voiced by his former staffer Tara Reade.

Previous : Bohemians secure stunning win over PAOK at the Aviva
Next : Ten Years On From Devastating Riots, Labour Says UK is Still a ‘Tinderbox’