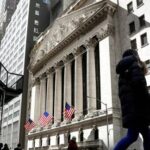 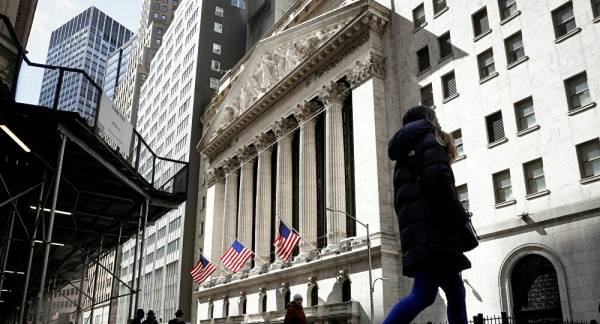 NEW YORK (Sputnik) – US blue chip and industrial stocks hit a record high on Wednesday, their second in three days, after underwhelming data on inflation suggested to investors that the Federal Reserve might not be rushed into rolling back the stimulus it provides to the economy.

The Dow Jones Industrial Average, the broadest US equity barometer on the New York Stock Exchange that lists mostly industrial stocks, also made a historic peak at 35,501 points. It finished the session at 35,301 for a gain of 220 points or 0.6 percent.

Big Tech stocks, however, fell as investors dropped them in favor of undervalued industrial-type names on the Dow.

The Nasdaq Composite, which includes tech giants such as Facebook, Amazon, Apple, Netflix and Google, closed down 23 points, or 0.2 percent, to 14,765.

Stocks mostly rallied after  the Labor Department reported that the US Consumer Price Index, a measure of inflation widely followed by many economists, grew by 5.4 percent over a one-year period in July – virtually unchanged from June.

The US economy itself grew by an annualized rate of 6.5 percent in the second quarter of 2021, after a 3.5 percent contraction for all of 2020 due to COVID-19 related shutdowns and other disruptions.

The Federal Reserve believes growth for all of 2021 would remain at 6.5 percent. Its problem though is higher-than-expected inflation as prices of almost everything have soared from the lows of the pandemic. The Federal Reserve’s preferred inflation gauge, the core Personal Consumption Expenditure Index, expanded by 3.5 percent in the year to June – its most in 30 years.

The central bank has been providing the economy and markets with $120 billion in monthly stimulus since the COVID outbreak, and indicated lately that it could taper that provision or even raise interest rates, which have been at  a record low of between zero and 0.25 percent.

Previous : German Police Suspect Anti-Vaxx Nurse May Have Swapped Thousands of COVID Vaccines With Saline
Next : ‘As Contagious as Chickenpox’: Doctor Warns of Dangers of Delta Variant of COVID-19 For Children