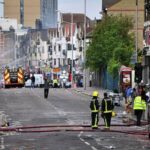 Ten Years On From Devastating Riots, Labour Says UK is Still a ‘Tinderbox’ 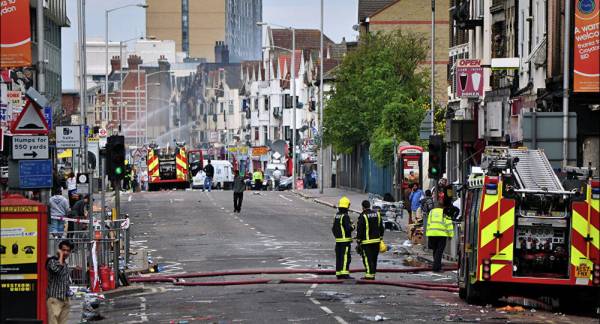 On 6 August 2011riots broke out in north London following the fatal shooting of a black man, Mark Duggan, by police. The riots spread to other parts of London and to several other cities.

The opposition Labour Party says Britain remains a “tinderbox” and at any moment riots could break out on the scale of those which broke out in August 2011.

On the 10th anniversary of the riots which broke out following protests in Tottenham, north London, about the killing of Mark Duggan, Labour has published a report about the state of Britain.

​The report says the number of so-called “forgotten families” who are living in poverty and deprivation has doubled in the past decade.

He added: “The findings of this report are an alarm bell that we cannot afford to ignore. The deep social inequalities have grown wider after a decade of cuts to vital services that support struggling families and a rise in poverty.”

The 2011 riots broke out after Mark Duggan, a member of the Tottenham Man Dem gang, was shot dead by police as he travelled in a taxi across London. The marksman who killed him said he believed he was armed. No weapon was found on Duggan but one was found nearby.

The original riot in Tottenham was focused on anger at the police, especially from the Afro-Caribbean community, but it was followed by copycat riots in Enfield, Croydon, Ealing and 62 other areas which were largely an excuse for widespread looting.

Five people died and £500 million in damage was caused.

Labour said the Conservative government had implemented only 11 of the 63 recommendations made by a panel chaired by Darra Singh.

Mr Reed called for a reversal of cuts to youth club services and more action to engage young people.

​Mr Reed said: “Instead of acting to strengthen the fabric of society to reduce the risk of riots, over the past decade the Conservatives have decimated police forces, youth services and council funding for the support families most at risk need.”

An inquest in Jan 2014 found Duggan was lawfully killed, despite not having a weapon in his hand at the time.

Duggan had picked up a gun at a house in Leyton from Kevin Hutchinson-Foster earlier that day.

Hutchinson-Foster was jailed for 11 years in 2013 for supplying the gun.

​Duggan’s friend Kelvin Easton had been murdered earlier in 2011 and there has been speculation he may have been on his way to take revenge.

One of the deaths on night of the riot remains unsolved.

Trevor Ellis, 26, was shot dead and found in a burning car during the riots in Croydon, south London.

It appears Ellis was among looters who drove to Croydon and was then killed by a rival gang.