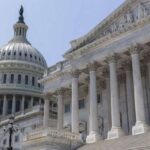 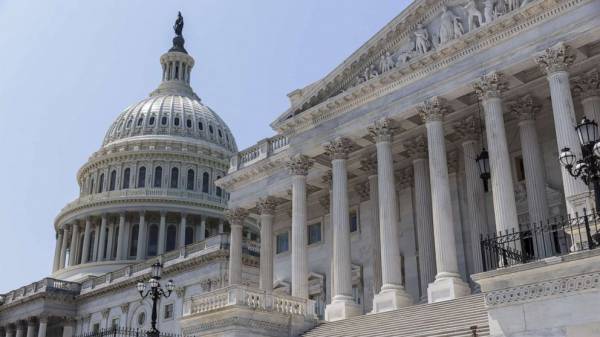 A very short but very long two weeks ago, Democrats were as united as they’ve been in the Biden era — in heady enough times that President Joe Biden was celebrating what he called “a moment that lives beyond the headlines.”

The headlines since then have been among the most damaging Biden and his party has endured — dominated by catastrophic scenes out of Afghanistan and a perception that the president wasn’t prepared for what transpired.

That leaves Democrats where they are Tuesday. Fourteen days after a bipartisan breakthrough brought Senate passage of a $1 trillion in infrastructure deal, the fate of that measure and an additional $3.5 trillion spending package on education, health, climate priorities and more rest in the House’s uncertain hands.

The uncertainty stems from the narrowness of the Democrats’ majority as well as the sharpness of the divisions between their moderate and progressive wings. Now, a foreign-policy fiasco is added to the mix — a fresh rationale, just perhaps, for any small group of lawmakers to want to slow things down.

There’s no outward reason to think that events in Afghanistan would wash into domestic political priorities — or make any Democrats any more likely to want to sink a good chunk of their governing agenda.

House Speaker Nancy Pelosi hinted at the political consequences of “any delay” to passing the budget package in a letter to colleagues over the weekend: “It is essential that our Caucus proceeds unified in our determination to deliver once-in-a-century progress for the children,” she wrote.

It is a new day in New York as Gov. Kathy Hochul takes the helm of the Empire State.

Her historic after midnight swearing-in makes her the first female governor in New York and comes after the Monday departure of disgraced Gov. Andrew Cuomo. Cuomo only mentioned her once in his farewell address.

“Kathy Hochul will become governor and I believe she will step up to the challenge,” said Cuomo in his remarks Monday. “We all wish her success.”

Hochul has made a point to distance herself from Cuomo as his administration imploded amid his sexual harassment scandal.

“I think it’s very clear that the governor and I have not been close, physically or otherwise, in terms of much time,” said Hochul earlier this month of Cuomo.

She has pledged to dismiss any Cuomo aides involved in unethical behavior and already appointed two women with a depth of experience in both New York state and Washington, D.C., to key positions in her Cabinet. Karen Persichilli Keogh, a longtime adviser to Hillary Clinton, has been appointed secretary to the governor. Elizabeth Fine, the executive vice president of New York’s economic development agency and an alumna of the Justice Department, will serve as counsel to Hochul.

Hochul’s transition will be a trial by fire. She is stepping into her role as the state confronts both a sluggish economic recovery and the ongoing COVID-19 pandemic that continues to threaten that recovery.

After months of delays surrounding the partisan review of 2.1 million 2020 ballots from Maricopa County, Arizona, a draft report was finally set to be delivered to the state Senate on Monday. That, too, was delayed, following news that three of the five top audit staffers were ill with the coronavirus.

Arizona Senate President Karen Fann tweeted that the three officials, including Cyber Ninjas CEO Doug Logan, were “quite sick” which would delay the delivery of the full report by the Monday deadline the so-called auditors set for themselves. Fann said that some portions of the report will be delivered and staff will begin to parse through the findings ahead of the final report.

Matt York/AP, FILEMaricopa County ballots cast in the 2020 general election are examined and recounted by contractors working for Florida-based company, Cyber Ninjas at Veterans Memorial Coliseum in Phoenix, May 6, 2021.

The unexpected delay in delivering the draft report to the Senate comes as House Oversight Committee Chair Carolyn Maloney and Rep. Jamie Raskin, chair of the Subcommittee on Civil Rights and Civil Liberties, renewed their request for documentation and communications from Cyber Ninjas regarding the audit.

Cyber Ninjas so far have missed two deadlines to hand over the information and have until Friday to comply, otherwise the committee “will be forced to consider other steps to obtain compliance.”

Previous : Scientists Come Up With New Model of Neutron Stars to Help Clarify Einstein’s General Theory
Next : Wisconsin’s Democratic Senate primary could be referendum on Biden