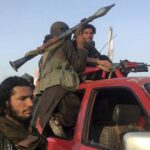 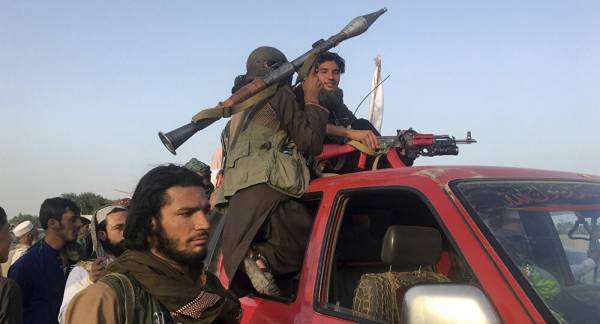 The Taliban’s* sweeping advance, which has so far left only three big cities – Kabul, Jalalabad and Mazar-i-Sharif – in the hands of the Ashraf Ghani government has raised many eyebrows. The insurgents have taken roughly two thirds of Afghanistan as US servicemen are making efforts to secure an orderly withdrawal.

The speed of the Taliban’s* offensive was apparently accelerated by the NATO-trained Afghan military’s retreat as well as by reported capitulations and defections of some pro-government warlords and power brokers.

On 13 August, Mohammad Ismail Khan, 75, a former governor of Herat, who had headed resistance against the Taliban for weeks, was captured and surrendered to the insurgents. All government officials, including the governor, police chief, head of the NDS office, and the 207 Zafar Corps commander followed his suit, as TOLOnews, Afghanistan’s 24-hours news television network, reported on Friday.

The New York Times presumes that Ismail Khan’s capitulation could trigger a domino effect among pro-government Afghan warlords, including Mohammed Atta Noor, who is trying to defend the economic hub of Mazar-i-Sharif.

​Meanwhile, social media users are citing local sources alleging that Khan could have joined the Taliban’s ranks. It has also been rumoured on Twitter that he and other officials were sent to Kabul in a helicopter with a message for the Ghani government.

Yet another video circulated by pro-Taliban channels and posted by a Twitter user named FJ on 14 August supposedly shows “the formal surrender ceremony of Kandahar governor”. Kandahar, Afghanistan’s second largest city after Kabul and the economic hub of the south, fell to the insurgents on 13 August.

​The Afghan insurgents reportedly made further gains on Saturday by seizing Sharana, the capital of Paktika province. By the weekend, the Taliban had managed to capture over half of the 34 Afghan provincial capitals, facing little resistance from government forces and local militia.

​In addition, the insurgents appeared to have obtained vast stockpiles of weapons left by the Afghan Armed Forces.

​Twitter is awash with videos and photos of Taliban fighters inspecting government arms depots with stockpiles of modern rifles and ammo, as well as standing near armoured vehicles, artillery, and even state-of-art US Black Hawk helicopters.

​One tweet allegedly shows an Afghan pilot transporting greening Taliban fighters: “For the first time, the Taliban fighters have deployed aviation”, Twitter account The RAGEX wrote on 13 August. “In this footage, the crew of one of the Mi-17 helicopters of the Afghan Air Force, which went over to the side of the Taliban, is transferring militants”.

Sputnik cannot immediately confirm the veracity of the photos, videos, or information on the issue that have appeared on Twitter.