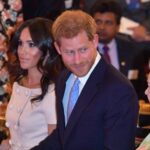 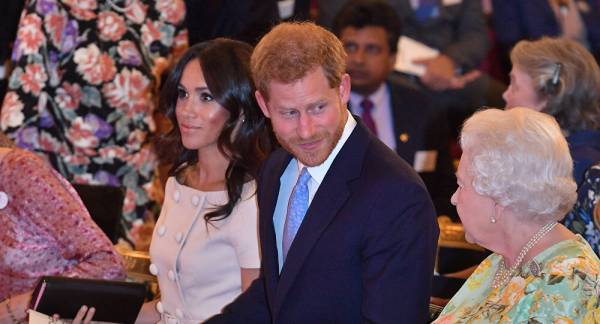 Ex-Hollywood actress Meghan Markle hasn’t set foot in the UK for over a year since she and her husband Prince Harry officially stepped down from their senior royal duties in March 2020. In the course of the 16 months, the couple has bombarded the palace with a stream of allegations concerning race, mental health and pure negligence.

Prince Harry and Meghan Markle have reportedly asked to see the Queen in a “breathtaking” bid that follows their scandalous chat with Oprah Winfrey and a flurry of ‘defamatory’ claims, the Sun exclusively revealed.

The couple is said to be willing to introduce the 95-year-old monarch to their newborn daughter – the Queen’s namesake Lilibet ‘Lili’ Diana. But it’s unclear how Her Majesty will respond to this apparent ‘olive branch’ after months of rows.

At least her senior staff was definitely left stunned by the boldness of the couple’s alleged request.

“Harry and Meghan have made this offer but a lot of people are shocked by the sheer nerve of it. They may genuinely want to see the Queen but it’s breath-taking given what they’ve put her through this year,” a source told the Sun.

©
AFP 2021 / BEN STANSALLAn arrangement of UK daily newspapers photographed as an illustration in Brenchley, Kent on March 9, 2021, shows front page headlines reporting on the story of the interview given by Meghan, Duchess of Sussex, wife of Britain’s Prince Harry, Duke of Sussex, to Oprah Winfrey, which aired on UK broadcaster ITV.

The Sussexes famously claimed in their Oprah Winfrey ‘tell-all’ that Buckingham Palace had failed to save Meghan from the “racist” attacks of British media, while there were “concerns” in the Royal household about the skin tone of their unborn son Archie, who didn’t receive prince status upon his birth. The Royal Family said in a statement following the interview that they were “saddened” by the claims but noted that “recollections may vary”.

Buckingham Palace has not commented on the report, and neither did the Sussexes, who are usually pretty vocal about all of their moves.

Apart from a bunch of derogatory Oprah interview claims that put the British monarchy on the line, Prince Harry also personally took aim at his father, accusing him of mistreating his kids in the aftermath of Princess Diana’s death. The royal then promised to pen a truth-telling biography detailing his ups and downs that is expected to hit bookshelves next year.

Predicting a stream of new allegations, the Queen had reportedly decided to “lawyer up” in advance. The Sun earlier claimed that Her Majesty’s legal team was consulting libel experts in case Prince Harry’s book makes new accusations against the monarchy: “enough is enough,” was reportedly a feeling coming just from the top.