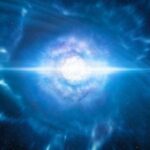 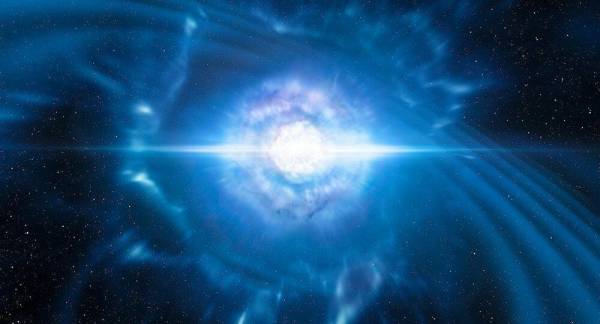 A new model of neutron star structure and a related modification of Einstein’s General Theory of Relativity has been proposed by scientists from Immanuel Kant Baltic Federal University (IKBFU) as part of an international team.

According to IKBFU scientists, neuron stars are remarkably small-sized objects (with a diameter of no more than 30 kilometres) with a mass at least twice that of the Sun. They are 90 percent neutrons, and the density of matter at the centre of such a star can exceed the density of water by a quadrillion (1015) times.

These objects are particularly important for astrophysics, as the observed stars of this type serve as a natural laboratory for verification of our knowledge about gravity, physics of the atomic nucleus, and elementary particles at very high densities, the scientists explained.

One of the key questions of neutron star physics is what their maximum possible mass is. According to the IKBFU scientists, until recently the heaviest known neutron star was an object with a mass of 2.04 solar masses.

However, in 2019, the LIGO observatory detected gravitational waves (so-called GW190814 – gravitational-wave event) from the fusion of a massive black hole of about 23 solar masses with an object estimated to have a mass of a little more than 2.5 solar masses. Researching the issue, the IKBFU scientists as part of a scientific group have developed a new model of neutron star structure for gravity theories that differ from the General Theory of Relativity, proposed by Albert Einstein.

The General Theory of Relativity is a generally recognised theory of gravity describing it as a manifestation of space-time geometry. As the IKBFU specialists explained, the study of paradoxical objects that do not fit into the accepted models is of paramount importance for the refinement and modification of Einstein`s theory.

The IKBFU scientists believe that if it is confirmed that the smaller object in the GW190814 event is a neutron star of “non-standard” mass, this fact will be indirect evidence of their modified gravity model.

Physicists from Greece, Italy, and Spain took part in the study as well. The IKBFU specialists are currently studying the maximum baryonic mass limit of neutron stars using simple models of gravity. According to them, the magnitude of this limit may be the lower threshold for the mass of black holes.

The article was published in the Physics Letters journal.