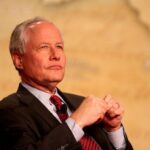 The Last Neocons on the Island | The American Conservative” /> 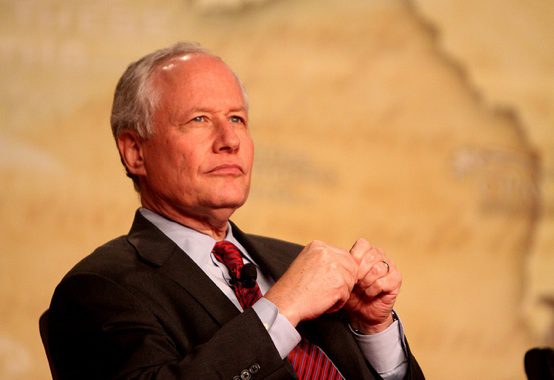 If you want to understand the delusions that permeated the early-stage war on terror, pick up a copy of An End to Evil by Richard Perle and David Frum. Published in 2004, it reads like a fever dream one might have after playing Age of Empires on fast mode right before bed. Iraq? Saddam indicted not just himself “but all Arab tyrannies and all of their supporters.” Syria? “Why have we put up with it as long as we have?” (The entire country, apparently.) Everyone from the South Koreans to the peacekeepers in 1994 Rwanda are presented as appeasers for having failed to sufficiently confront evil.

Against all this criminality and cowardice, there can be only one tonic: a whole lot of American bicep-flexing. “When it is in our power and our interest,” Frum and Perle declare, “we should toss dictators aside with no more compunction than a police sharpshooter feels when he downs a hostage-taker.”

The difference, of course, is that sharpshooters tend to not get trapped for the next 20 years in the office buildings they help clear. So it is that even most hawks don’t talk this way anymore. Frum spends his time on Twitter pretending An End to Evil never happened. The antiwar blog LobeLog, meanwhile, noticed a few years ago that Perle had effectively vanished from public life. Some of their fellow neocons have gone and reinvented themselves as realists, asserting that American empire is a hardheaded necessity rather than an idealistic choice. Others have even moderated a bit.

Yet there remain a few stubborn holdouts, those stranded on the island who really do believe the “long war” is still going on. And it is they who have yelped the loudest as President Biden finally withdraws from Afghanistan. This is best illustrated not by a single personality but by an argument, heard from hawkish quarters in recent days. It goes like this: Why shouldn’t the United States remain in Kabul when we still have troops in Germany, Japan, and South Korea, decades after those conflicts ended?

It’s a sloppy comparison for several reasons. In none of those three theaters did America face an active civil war 20 years after the occupations began. And in none of those cases did the government we helped build turn out to be a weak, dysfunctional, on-the-take narco-state. It is also hardly a credit to the interventionist cause to point out that America still has military bases in the most powerful country in Europe and the third largest economy on earth 75 years after World War II ended. It tends instead to confirm what their opponents have said all along: occupations encourage dependence and mission creep.

But more important is the mentality that runs beneath this contention. Because by pointing to Germany and Japan, the hawks have let the cat out of the bag. They really do see Afghanistan not as a “victory just around the corner,” but as a long-term commitment, a campaign in a global hundred-years war that pits the forces of enlightenment and decency and democracy against those of backwardness and terror and dictatorship. Such grandiose thinking was common among elite neocons back in the early 2000s, as Perle and Frum demonstrate. Yet today it comes off less as a throwback than a last gasp.

You get that sense when Noah Rothman of Commentary says it’s “outrageous” that “the national security advisor…rejected the premise that we need a permanent military presence near Pakistan and Iran.” (“I did rewind it,” he melodramatically intones.) Or when Bill Kristol againoffers up quotes from Winston Churchill, implying that to ever leave Afghanistan would be akin to a 1938-style appeasement. Or when John Bolton tells NPR, “I think a continuing presence there would have been an insurance policy,” before sneering, “People say, oh, we’ve been there so long. Let me ask you a question—how long do you want to keep America safe?”

Because even amid such certainty, the truth can no longer be curtained out. It is no longer possible to rationalize these wars by saying their durations just need to be extended. If 20 years couldn’t buy us more than an on-the-spot surrender from the Afghan army, then another 20 or 80 is not going to make a difference. That blink-of-an-eye capitulation brought the entire project of a long war crashing down upon itself. The problem was not the length but the design. And then from out of the Washington Post comes an op-ed that argues in essence that true nation-building in Afghanistan has never been tried. It’s no coincidence that this is the same rhetorical trick employed by post-Soviet communists. We are watching what remains of an ideology die, buried under the sheer weight of real-world evidence.

The most striking takeaway from Perle’s and Frum’s An End to Evil is the constant baseline of fear that throbs throughout. Everything must be done quickly—right now!—lest a dirty bomb suddenly swallow New York or a chemical weapon take out much of London. “There is no middle way for Americans,” they write. “It is victory or holocaust.” Yet the blessed thing about fear is that it does recede, that while it might scare you into desperate measures at first, you are eventually able to see clearly again. It was fear that sold the public on what was for some a tacitly radical project, but that fear has long since dispelled.

Previous : The First Theatrical Landmark of the Trump Era
Next : Majority of Florida Voters Do Not Want to See Governor DeSantis in 2024 Presidential Race