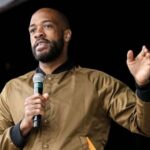 Wisconsin’s Democratic Senate primary could be referendum on Biden 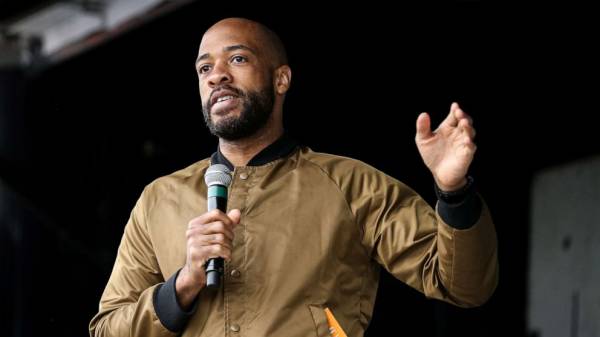 Wisconsin’s next Senate election isn’t until Nov. 8, 2022, but already there are 11 candidates vying for the Democratic nomination in a party primary that could prove to be an early referendum on President Joe Biden.

Political observers told ABC News that generational changes and other factors at play in the August 2022 primary also have implications for next year’s midterm congressional elections.

Wisconsin is considered a state that can often swing either Democrat and Republican. In 2020, the state was split 49% for Biden and 49% for Trump, with Biden holding a narrow lead of around 20,000 votes, according to ABC News’ election results.

The seat up for grabs is now held by Republican Sen. Ron Johnson, and Democrats hope to flip it as they try to maintain control of the Senate.

There are currently 11 candidates in the Democratic primary:

Among the highest-profile candidates is Wisconsin Lt. Gov. Mandela Barnes, who launched his campaign in early August.

One of Barnes’ competitors in the Senate primary, Wisconsin State Sen. Chris Larson, dropped out of the race and endorsed Barnes. When a candidate drops out, that can be a sign that party support is beginning to coalesce around a different candidate, Julia Azari, Assistant Chair of the Department of Political Science at Marquette University in Milwaukee, told ABC News.

“It seems like the progressive community in Wisconsin is behind Barnes,” Azari said.

Milwaukee Bucks executive Alex Lasry also is high profile – especially after the team’s championship win earlier this year — and has a formidable war chest. Outagamie County Executive Tom Nelson, meanwhile, has experience bridging partisan divides, as a Democrat elected in a county that has voted twice for Trump.

But given how well-known Barnes is in the state, is he a shoo-in as the party’s Senate pick?

Political science professor Barry Burden of the University of Wisconsin-Madison, who directs the school’s Elections Research Center, told ABC News that “no one’s a shoo-in, nope. Barnes has a lot of advantages … but he has some liabilities, too.”

He said those include controversy over whether Barnes misled people over when he received his college degree, or complaints that he has not accomplished enough as lieutenant governor.

That’s in contrast to older politicians such as Wisconsin Gov. Tony Evers and Biden, Burden said, and something people in the party might be looking for.

But Azari cautioned against viewing the primary as being about generational divides.

“I think this is what is going to be important, ultimately, in the Senate race, which is a kind of balance between national partisan politics, and local concerns,” Azari said. “To the extent that this turns into a kind of generational war that we see on Twitter or in the Atlantic … that has not proved successful for Democratic Senate candidates.”

She cited former Sen. Russ Feingold’s defeat in Wisconsin in 2010, where he ran as a “maverick” in a way that was unsustainable for a national race.

However, Azari does think there is a generational shift at play in Congress, a shift to a generation that has not yet been been heard from at national levels; folks that are maybe a decade younger than the last round of younger emergent people, like [former Speaker of the House] Paul Ryan [from Wisconsin], 10 or 15 years younger.

Overshadowing the race – and tying it to the power of former President Donald Trump’s influence – is the overriding question of whether Johnson will run for reelection.

First elected in 2010, Johnson said in 2016 he would not serve more than two terms, but then said after the 2020 presidential election he was rethinking that, in case it helps Republicans keep the Senate seat, according to the Milwaukee Journal Sentinel.

He has also been a staunch Trump ally, and the former president has already endorsed him – even though Johnson has yet to announce if he’ll run.

MORE: What the 1st fundraising quarter signals about 2022 Senate map

Trump’s endorsement “could mean financial support; it could mean he flies to Wisconsin and does a rally or other things,” Burden said, adding that at least, the endorsement puts more pressure on Johnson to run.

Both Burden and Azari said that Democrats’ campaigns seem to be focusing on targeting Johnson, and so they may have difficulty adjusting their campaigns if Johnson decides not to run.

And the questions surrounding Trump’s role in the race point to broader questions in 2022.

“To me it’s really interesting … to see the extent to which 2022 is a referendum on Biden’s presidency, which is sort of normal [during the] midterm [of the presidency]; and how much it continues to be a referendum on Trumpism, which is not normal,” Azari said. “And I think the political science field is pretty divided on this: the degree to which Trump and Trumpism kind of loom over the political system.”

“I think if you were to pick, randomly, ten political scientists who study this, you would get, you would get the whole spectrum of answers,” Azari said. That ranges from whether “Trump has completely taken over the party… to, Trump is not an important figure in the Republican Party — it is what it was turning into prior to Trump.”