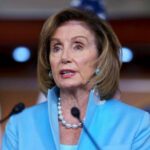 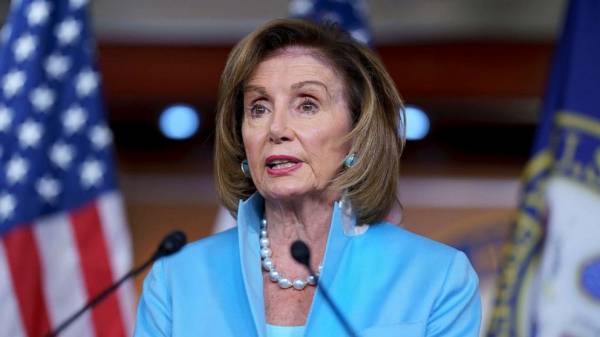 A group of House moderates is threatening to blow up Democrats’ plans of passing a $3.5 trillion budget resolution when the chamber is set to return the week of Aug. 23 unless the chamber also votes on the $1.1 trillion bipartisan infrastructure bill.

House Democrats intended to vote on the $3.5 trillion budget blueprint in late August after the Senate approved the measure this week. The budget blueprint allows both the House and the Senate to craft a reconciliation bill, filled with progressive priorities, that can be passed with a simple majority and without Republican support.

House Speaker Nancy Pelosi has said the House will not vote on the $1.1 trillion infrastructure bill until the larger $3.5 trillion reconciliation bill has also cleared the Senate, a condition which is wholeheartedly approved by progressives in her party.

“We have been clear for three months that we are not going to vote for the bipartisan package unless there is a reconciliation package that has passed that includes sufficient funding for our five priorities,” Rep. Pramila Jayapal, D-Wash., who heads the Congressional Progressive Caucus, told reporters earlier this month.

In the letter sent to Pelosi on Friday, moderate lawmakers insisted on a vote on the bipartisan infrastructure bill and have said their districts can’t afford “months of unnecessary delays.”

Democrats have just a three-seat majority in the House. Any handful of members can be potential roadblocks if they are determined enough to challenge Pelosi and the White House.

“The country is clamoring for infrastructure investment and commonsense, bipartisan solutions,” the letter states. “With the livelihoods of hardworking American families at stake, we simply can’t afford months of unnecessary delays and risk squandering this once-in-a-century, bipartisan infrastructure package. It’s time to get shovels in the ground and people to work.”

The letter was spearheaded by Rep. Josh Gottheimer, D-N.J., a co-chairman of the bipartisan Problem Solvers Caucus, and endorsed by eight other moderate Democrats: Reps. Henry Cuellar of Texas, Jim Costa of California, Kurt Schrader of Oregon, Filemon Vela of Texas, Vicente Gonzalez of Texas, Jared Golden of Maine, Ed Case of Hawaii and Carolyn Bourdeaux of Georgia.

A senior Democratic aide downplayed the threat Friday and said the moderates represent a small fraction of the larger caucus that approves of Pelosi’s original plan.

“This is 9. There are dozens upon dozens who will vote against the [bipartisan infrastructure bill] unless it’s after the Senate passes reconciliation,” the aide told ABC News.

Bonnie Cash/UPI/Shutterstock, FILERep. Josh Gottheimer and other members of the Problem Solvers Caucus hold a news conference to show support for their bipartisan infrastructure bill at the U.S. Capitol in Washington, D.C., July 30, 2021.

The aide added that there are “not sufficient votes” to pass the bipartisan infrastructure bill this month and noted Pelosi’s comments to her caucus during a private call earlier this week, when she said her plan reflected a “consensus” of House Democrats.

“The president has said he’s all for the bipartisan approach … bravo! That’s progress, but it ain’t the whole vision,” she said. “The votes in the House and Senate depend on us having both bills.”