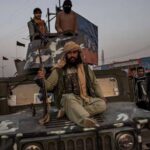 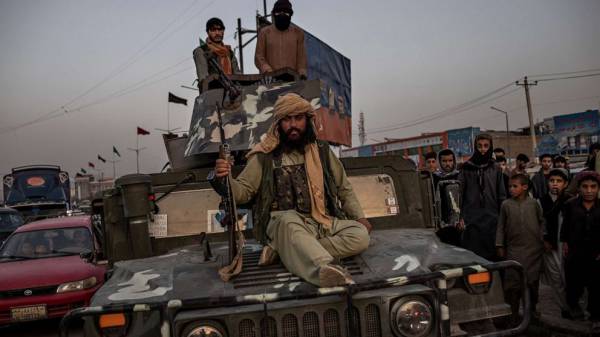 U.S. diplomats at the embassy in Kabul warned in a classified memo to Secretary of State Antony Blinken and the department’s leadership last month that the Afghan government was at risk of collapse as the Taliban offensive swept across the country, a source familiar with the memo confirmed to ABC News.

The dissent cable, as such memos are called at the agency, was sent on July 13 and was immediately brought to Blinken’s attention, the source said.

State Department spokesperson Ned Price declined to comment on the cable, saying dissent cables are “strictly between the Department’s leadership and the authors of the dissent messages,” but said Blinken reads and responds to each and values their use.

ReutersPeople try to get into Hamid Karzai International Airport in Kabul, Aug. 16, 2021.

It’s another example of how U.S. officials had been warning senior Biden administration officials about the risks of the president’s decision to withdraw from Afghanistan, although even diplomats on the ground had no idea the collapse could come so quickly.

The cable, which was first reported by The Wall Street Journal, called on the Biden administration to begin an airlift operation immediately for Afghans who helped the U.S., according to the source.

It also urged the U.S. government to use stronger language to condemn the Taliban’s atrocities as they swept across the country and gained control of provinces, per the source — something the embassy, its top diplomat Ambassador Ross Wilson and eventually the department started doing around that time.

Blinken read the cable and responded to it, according to the source, who said the “thoughts of the drafters reflected much of the thinking at the department.” The day after the cable was sent, the administration announced Operation Allies Refuge to begin relocating Afghans who assisted the U.S. military and diplomatic missions and their families to the U.S.

But that operation did not begin until late July, and before Kabul fell on Sunday, it had only brought under 2,000 Afghans to the U.S. — those who had been approved for special immigrant visas and already undergone security vetting. In total, some 20,000 Afghans who worked for the U.S. have applied for these visas, according to the State Department, for themselves and tens of thousands more family members.

The administration has been criticized by U.S. lawmakers of both parties and veterans groups, among others, for not beginning that operation sooner, moving Afghans to the U.S. quickly enough or securing agreements with safe countries to host Afghans who have not yet passed security vetting.

“There was a concern that if we moved too quickly that it would undermine the confidence of the Afghan government and it would lead to a collapse even faster,” Deputy Secretary of State Wendy Sherman told ABC News Wednesday.