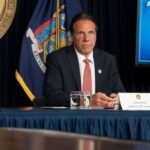 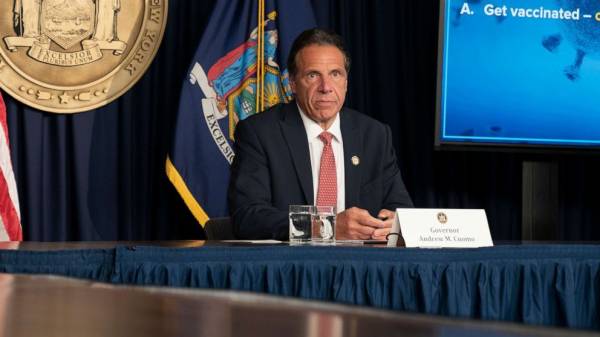 Yet Cuomo has not stepped aside, as inevitable as his relinquishing of power may seem. He is clinging to office by running plays made familiar by former President Donald Trump, mixing indignant denials with what-aboutism and an instinct to fight to the end.

“Trial by newspaper or biased reviews are not the way to find the facts in this matter,” he said in a video released by his team to rebut the allegations.

It’s inconvenient at best and crippling at worst for state and national Democrats for one of the most powerful and well-known leaders in the party to stand accused of sexual harassment and even — according to New York’s attorney general — conduct that may have violated state or federal laws.

Biden, while standing by his previous call for Cuomo to resign if the investigation backed up previously reported claims, said he didn’t speak with the governor Tuesday. He also did not endorse impeachment and removal.

Cuomo has no discernible path back to respectability or political efficacy, not with potential criminal probes and now a faster impeachment timeline than previously seemed possible. The photo montage his team prepared to argue that his conduct was politics as usual was groan-worthy, even if not especially to the Democrats unwittingly featured in the presentation.

Cuomo cited adages from his late father and predecessor as governor, Mario, to argue that “it’s worth it” to stay in the fight. Either Gov. Cuomo would likely recognize, though, that anyone’s value to their own party has its limits.

Starting next month, to dine indoors, work out in a gym or see a performance at an entertainment venue, you will need proof of vaccination. The announcement is the first of its kind.

The order coming as COVID-19 cases, and its more transmissible delta variant, have spiked across the country. Republicans are already sounding off on the Big Apple’s push to raise vaccination rates.

Edna Leshowitz/ZUMA Wire via NewscomBellevue Hospital employees wait on line to receive vaccine on the first day of the NYC Health and Hospitals COVID-19 vaccination mandate for all public hospital employees, in New York, Aug. 2, 2021.

“Republicans have been warning against vaccine passports for months. Leave it to New York Democrats to lead such a blatant abuse of power,” said House Minority Leader Kevin McCarthy in a tweet. “Vaccine passports are un-American. Period. Republicans will oppose any attempt to expand such a disastrous policy.”

White House officials expressed support for de Blasio’s order but reiterated that there are no plans for a federal vaccine mandate. Biden told reporters he thinks more cities and states should move toward similar rules. It remains to be seen if other cities will follow New York’s lead. The president didn’t mince his words about governors, namely Florida Gov. Ron DeSantis and Texas Gov. Greg Abbott, who have created legal barriers to instituting COVID-19 safety protocols, such as mask wearing.

“I say to these governors, please help, but if you aren’t going to help at least get out of the way,” said Biden. “The people are trying to do the right thing. Use your power to save lives.”

Michael M. Santiago/Getty ImagesCuyahoga Councilwoman and Congressional Candidate Shontel Brown speaks during Get Out the Vote campaign event at Mt Zion Fellowship on July 31, 2021, in Cleveland.

In a race that largely served as a microcosm of the intraparty divisions facing the Democratic Party as a whole, Brown’s victory can be attributed to the mobilization and support of the Congressional Black Caucus, whose members vocally backed her over Turner.

Among Brown’s most high-profile endorsers was House Majority Whip Jim Clyburn, who praised the Cuyahoga Democrat as someone who would be a reliable ally of the White House. While stumping for Brown ahead of the primary election, Clyburn also issued what appeared to be a veiled critique of the progressive wing of his party by noting he would not have to be concerned about Brown’s positions when whipping votes.

Meanwhile for progressives, the loss in one of the bluest areas of the Midwest could serve as an opportunity to reassess whether their messaging can be applied in the same way nationwide.