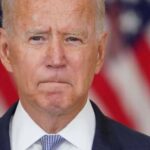 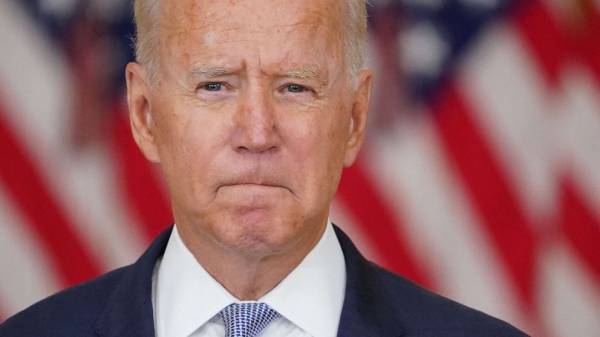 As Taliban militants enter Kabul and work continues to negotiate a transfer of power in Afghanistan’s capital city, the White House must confront what some have already described as the Biden administration’s most glaring intelligence failure yet.

Amid the instability, Afghan President Ashraf Ghani fled the country, U.S. Embassy staff were forced to destroy sensitive information in preparation for a move to the airport, and Gen. Frank McKenzie, the commander of U.S. Central Command, met with representatives of the Taliban in Qatar on Sunday to tell them not to interfere with the American mission at the airport, a U.S. official told ABC News.

President Joe Biden on Saturday also announced that an additional 1,000 troops would be sent to aid in the evacuation of American personnel and Afghan civilians who have worked for the U.S. Then on Sunday, another 1,000 soldiers were ordered to Kabul — raising the number of American troops being sent back to Afghanistan to 6,000.

Mandel Ngan/AFP via Getty ImagesPresident Joe Biden speaks on Aug. 12, 2021 in the East Room of the White House in Washington.

The rapidly devolving conditions are exactly what top military advisers feared after Biden’s announcement of the U.S. withdrawal.

“We went to Afghanistan 20 years ago, with one mission in mind, and that was to deal with the people who attacked us on 9/11 and that mission has been successful,” Secretary of State Antony Blinken told “This Week” co-anchor Jonathan Karl. “We’re going to make sure that we keep in place in the region, the capacity — the forces necessary — to see any reemergence of a terrorist threat and to be able to deal with it.”

Though the precarious situation in the war-torn nation is a direct threat to Biden’s plan, the commander-in-chief has doubled-down.

“One more year, or five more years, of US military presence would not have made a difference if the Afghan military cannot or will not hold its own country,” Biden said in a statement Saturday.

“I was the fourth President to preside over an American troop presence in Afghanistan — two Republicans, two Democrats,” he continued. “I would not, and will not, pass this war onto a fifth.”

With the nation on the cusp of seeing a second pandemic summer conclude, the Biden administration is heading into another week of confronting the virus and its aftershocks.

According to a report from the New York Times, administration officials are working on a plan to begin offering booster vaccines to some Americans as early as this fall, even though researchers are still debating whether these boosters are necessary. If implemented, the shots would reportedly first be administered to nursing home residents and health care workers, much like the initial vaccine roll out late last year.

Director of the National institutes of Health, Francis Collins, said that the administration of boosters is “a tricky situation” during an appearance on Fox News Sunday.

“We have not made that decision yet because right now, the data we have from the U.S. says people who are vaccinated are fully protected, even against delta when you are talking about severe disease,” Collins said.

The news comes as the spread of the delta variant continues to plague unvaccinated communities across the South, causing health officials to sound the alarm for what could be on the horizon.

“All we can say is that this is going very steeply upward with no signs of having peaked out, so I will be surprised if we don’t cross 200,000 cases a day in the next couple of weeks,” Collins said, adding that the nearly 90 million Americans who are still unvaccinated are “sitting ducks for this virus.”

As ballots arrive in the mailboxes of California’s voters, Gov. Gavin Newsom hit the campaign trail this weekend, encouraging voters to vote “no” on the question of recalling him as governor.

In touring the state, Newsom attempted to convey what he said are the high stakes of the election. If a majority of voters choose to say they’d like to recall him, Newsom and the state party are painting Larry Elder, the nationally syndicated conservative radio host who is leading in the polls, as his successor.

“One question. One answer. No on the recall. Move on. Send in the ballot,” Newsom said over the weekend. “We’ve got to turn out the vote and remind people of the consequences.”

Newsom said Elder was “to the right” of former President Donald Trump and asked Californians to reflect on their values.

“Those values, those principles — the things we hold dear are on the ballot on Sept. 14th,” Newsom said.

Previous : Biden to return to White House to deliver remarks on Afghanistan
Next : HHS to mandate vaccinations for more than 25,000 employees