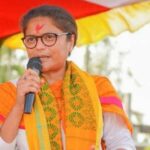 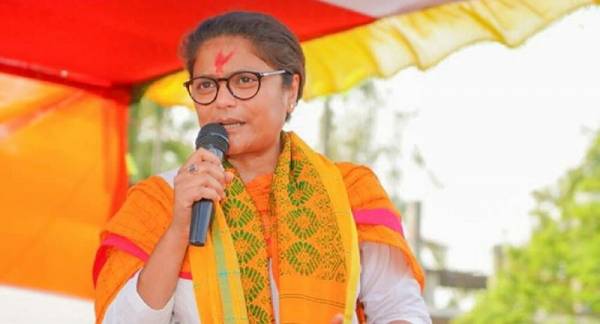 The former chief of the women branch of India’s main opposition party Congress has resigned and joined the Trinamool Congress (TMC) party in a move that has shocked her fellow politicians. In an interview with Sputnik, she has opened up about her reason for switching allegiances, among other topics.

Sputnik: You were there with Congress for around three decades. Leaving the party can’t be seen as an immediate decision. So, what prompted you to resign?

Sushmita Dev: I ended my association with Congress gracefully on 15 August paying all my respect to party president Sonia Gandhi and all other leaders. I am grateful for everything they have done for me and for giving me an opportunity to work in the organisation. This decision was necessary and not because I was angry or there was any dissent. There are other reasons behind my resignation from Congress and I think those reasons don’t have to be discussed. Everything in life is not for it to go public.

And I have thought it through. Whether it comes to my region, what is emerging for the future, I believe what I have done will not be counterproductive to anyone concerned.

Sputnik: A lot of young leaders have left the Congress in the recent past while there is dissent among senior leaders. What reasons do you see behind this? Do you think there is a lack of leadership in the party?

Sushmita Dev: I don’t think there is any lack of leadership in Congress. There are many tall leaders in the party. I don’t want to comment on behalf of others who left the party. However, I would like to say that rather than digging the past we should look forward to the future because that’s the positive thing to do.

As far as dissent in Congress is concerned, I am not in a position to pass any sweeping statements about any party or leader. I only know that I want to work on the grassroot level and I hope my party (Trinamool Congress) gives me that opportunity. Beyond that, it is not for me to comment on these issues neither it is my place.

Sputnik: What are the reasons behind joining Trinamool Congress?

Sushmita Dev: I am very clear that I will never compromise with my ideology. The entire nation agrees that all the people, who have come together against the BJP, have no ideological differences. But there was never a thought wasted on going to a party with an absolutely opposite agenda.

Me joining the TMC is unconditional and I will take any responsibility given to me by Mamata Banerjee. It has been just a day that I have joined the TMC. I am sure she will think it through and let me know about my role and responsibilities, whether it is Assam or Assam plus other states or which part of the country.

Sputnik: Since you are an Assam native, will TMC field you in northeast India to strengthen its positions there?

Sushmita Dev: Mamata Banerjee has known me and my family for decades. As I said earlier, there is no specific purpose behind joining the TMC. If the party has something specific for me, that will emerge in the next 10-15 days. However, I am very clear about the fact that whatever responsibility is assigned to me, I will have to come through.

As far as Assam is concerned, I have told her that I have worked hard in the three districts of Barak Valley in my constituency and I would definitely not like to compromise on what I have built over 10 years and what my father has built over 40 years.

Mamata Banerjee is a popular leader and knows what it means to build a team. Not for a moment did she ask me to abandon anything. She said you have come, relax, go back to Assam, go back to the constituency, talk to your people. So, if my leader understands how I feel and think, I also have to understand that I have to accept whatever is the vision of my leader.

Sputnik: You talked about TMC leader Abhishek Banerjee and Congress ex-President Rahul Gandhi coming together in the future for a larger cause. So, will you be acting as a medium to bring the Opposition parties together?

Sushmita Dev: All the leaders in the Opposition parties, whether Sonia Gandhi, Rahul Gandhi, Mamata Banerjee, Abhishek Banerjee, Sharad Pawar or others are astute (enough) politicians to understand what is best for the unity of the Opposition.

I am a very small fry. I want to go to some booth committee and work there. Mamata Banerjee and Abhishek Banerjee are my leaders. I want to pack my bags, go to Assam and work at the grassroots level to build the organisation.

Sputnik: If we talk about the 2024 elections, who do you see as a better-placed party or leader? Mamata Banerjee’s TMC or Congress?

Sushmita Dev: I think it would be wrong to compare the two parties and leaders in the given situation. A comparison would derail the real purpose. The people of the country want to see change. So, if any of us mean well, if any leader means well, any party right now means well, they must work together for this greater purpose.

The larger picture is that India, which has been built as a nation over decades, is falling apart. We shouldn’t be thinking about which party is better placed or which leader is strong. We have to galvanise to put up that fight and that’s what the nation expects from us.