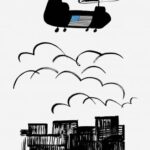 What We Left Behind in Afghanistan

In the fall of 2001, as the United States and its allies swept into Afghanistan, the Taliban collapsed with surprising speed. Although the Taliban Army was largely intact in many places, its soldiers often simply walked across the lines and switched sides. The victorious fighters of the American-backed militia, the Northern Alliance, frequently embraced the surrendering Talibs, as if welcoming wayward family members back into the fold. 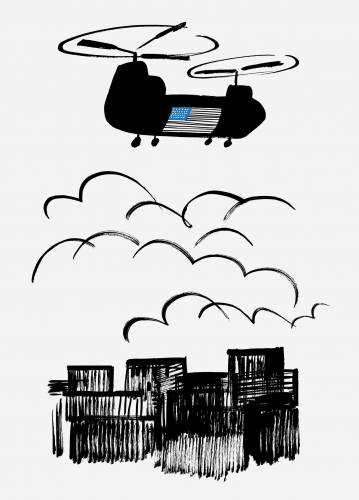 This summer, the same phenomenon played out in reverse. The soldiers of the Afghan Army surrendered, not because they were defeated but because they could see which way the wind was blowing. Why go on? After forty-two years of war, the Afghans are expert at survival. In 2001, America’s leaders were happily surprised; in 2021, they were dismayed.

As Taliban leaders took hold of the country, they suggested that they had changed since the nineteen-nineties, when they became notorious for stoning women to death and toppling brick walls on people accused of homosexuality. A spokesman announced that “no prejudice against women will be allowed.” An official named Mawlawi Abdulhaq Hemad agreed to be interviewed by a female anchor on the TOLO News channel. “I am still astonished that people are afraid of the Taliban,” he said.

Placing any credence in these assurances would be a fool’s game. Even if Taliban leaders are sincere, their movement is riven by factions. While Hemad was being interviewed, men in the streets were painting over posters that depicted women’s faces. In newly conquered areas, fighters have conducted door-to-door searches, executing people thought to have collaborated with the Western-backed government. In the cosmopolitan bubble of Kabul, the Talibs were greeted less as a liberating army than as a kind of theocratic motorcycle gang: rough armed men rolling into town, demanding allegiance.

When the Taliban last seized the capital, in 1996, Afghanistan was emerging from decades of desolation. A withering occupation by the Soviet Union had killed more than a million people, and the civil war that followed killed at least fifty thousand more. The populace was impoverished and illiterate, and the cities lay in ruins. In Kabul, the busiest place in town was a Red Cross clinic, run by a kindhearted Italian expatriate, which made prosthetics for amputees. The men were mostly dead or at the front; the women, invisible behind burqas, picked through debris in search of scraps; and packs of orphans roamed the streets. The Taliban’s ministries were run by ideologues who did little in the way of governance. But, if Kabul was desolate, it was also peaceful, and its weary citizens were grateful for that.

In the invasion of 2001, the United States destroyed the Afghan state, such as it was. The initial goal was a simple one: to avoid a recurrence of the September 11th attacks, directed by Al Qaeda terrorists living under Taliban protection. But even the most basic sort of counterterrorism requires a government, and so a government had to be built. Diplomats and commanders were eager to erect a democratic state, and aid workers set about building schools, irrigation networks, and roads. Billions of dollars were stolen and thrown away. Yet the country was remade, especially the cities; Kabul became a bustling metropolis, with high-rises and French and Lebanese restaurants. Millions of Afghan girls, barred by the Taliban from attending school, found their lives transformed.

The Americans and their partners were happy to dole out money, but they stopped short of directing the country. They didn’t know the languages, anyway. Desperate for allies, they turned to the strongest Afghans immediately available: the cynical, battle-hardened commanders who had risen through the chaos of the past two decades. The combination of warlords and American largesse, sanctified by Western-style elections, produced a state whose leaders’ main objective was to get hold of as much foreign money as possible. Enriched by graft, the Afghan élite began spending weekends in the United Arab Emirates, where they gathered in posh villas on an island called Palm Jumeirah. American officials had a droll name for the phenomenon: vertically integrated criminal enterprise, or VICE. The Afghan state, venal and predatory, became the main driver of Taliban recruitment.

The group’s other primary support came from Pakistan. Intelligence officials there, who had helped mobilize the Taliban in the nineties, helped them regroup and plan attacks after the American invasion. This was a transparent double game, but successive U.S. Presidents—especially Bush and Obama—refused to confront Pakistan in a meaningful way. Instead, they poured resources into defeating the Taliban on the battlefield. As the American effort became increasingly militarized, the war submerged the good works, and Afghan support began to drain away.

In recent weeks, the United States’ hasty, ill-planned withdrawal did the Taliban one last favor. By bringing chaos to the capital and abandoning those who had risked their lives to aid the U.S., it surely inspired many Afghans to wish for someone to restore order. But the cities that the Taliban now control bear little resemblance to the ones they left twenty years ago. The urban population, perhaps a quarter of the country, is energized by a contingent of sophisticated young people—fluent not just in Dari and Pashto but also in smartphones, the Internet, and travel to the West. Even in the countryside, many women and girls have known far more freedom than their mothers did.

The U.S. failed to build a functioning state in Afghanistan. Instead, it fostered a state within a state—outposts of relative liberalism in an otherwise deeply conservative country. Now these outposts will have to rejoin the rest, either by unlikely compromise or by ruthless force. The Taliban have numbers on their side. They are primarily ethnic Pashtuns, who represent nearly half of the population—in the countryside, a dominant force. But the remaining Afghans, including Tajiks, Uzbeks, and Turkomen, have their own allegiances, some standing with the Taliban and some against them. The former Vice-President Amrullah Saleh, a Tajik, has declared himself the nation’s rightful leader, and he commands a loyal group of armed men. A resolution without bloodshed is difficult to imagine.

As the Biden Administration recklessly departed Afghanistan, it left behind the chance of a deeper calamity, not just in the country but in the region. The President’s embarrassing speech last week, in which he blamed the debacle on everyone but himself, serves as a fitting end to America’s twenty-year endeavor. As Biden withdrew his forces, he urged Afghans to fight for their country’s future. It seems alarmingly possible that they will have to. ♦