The City’s Only South African Restaurant and Bar

If New York City is a graveyard of unrealized dreams, it’s also a maze of hidden passageways leading to new rooms, where one can reinvent oneself in the wake of thwarted ambitions. In the early two-thousands, an aspiring stage actress named Suzaan Hauptfleisch left South Africa for Manhattan. Broadway never called, and this town’s culinary scene is all the better for it. The city has seven thousand four hundred and thirty working actors. It has exactly one South African restaurant and bar: Hauptfleisch’s Kaia, an Upper East Side institution that, in its eleven years, has supplied New Yorkers with 7.2 million dollars’ worth of South African wine, mostly by the glass. 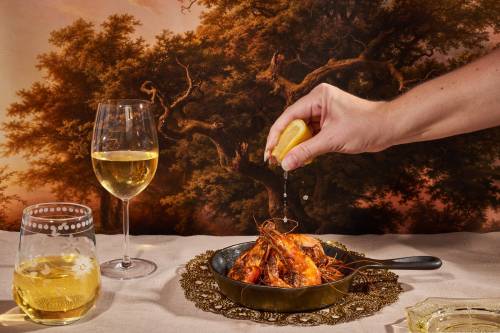 Suzaan Hauptfleisch grew up on a farm in the Free State. She describes her food as South African-inspired, improvisations based on sense memory, rather than strictly representative of South Africa.

By Hauptfleisch’s estimate, upward of ninety per cent of her patrons live within walking distance. She doesn’t take reservations for parties fewer than five, but regulars have assigned tables. On especially busy days, the place can feel more than neighborly. One afternoon, I was seated at the bar, working on the second of two generous pours of Chardonnay, when Hauptfleisch dispatched me downstairs to fetch a gallon of milk. Moments later, a server enlisted my help in prying open a jar of marmalade. “What is this, an agrarian commune?” I scribbled in my notebook. As it happens, Hauptfleisch comes from a long line of farmers; her ancestors were among the earliest arrivals at the Dutch colony in what is now Cape Town. “Kaia” is an intentional misspelling of “ikhaya,” the Zulu word for “home.” 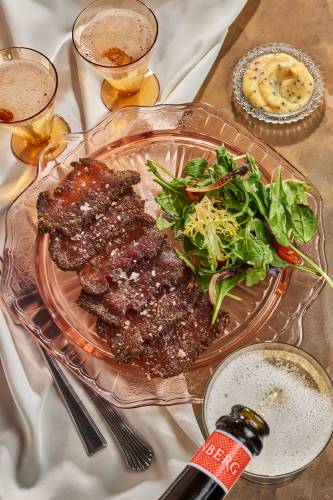 Kaia’s seasonal menu is the labor of Hauptfleisch and the Bronx-born chef Billy Dineen, with inspiration from Hauptfleisch’s mother, Elize, who moved to New York last year. The trio usually describe their food as South African-inspired, improvisations based on sense memory, rather than strictly representative of South Africa. Key ingredients are impossible, or too costly, to procure on a regular basis. In lieu of traditional South African wild game—kudu, springbok, ostrich—they serve elk. The meat is sliced thin, just barely seared, seasoned with coriander, toasted black-mustard seed, and flakes of sea salt, and presented with a homemade sweet mustard. The elegantly minimalist dish is one of only a few that are offered year-round. 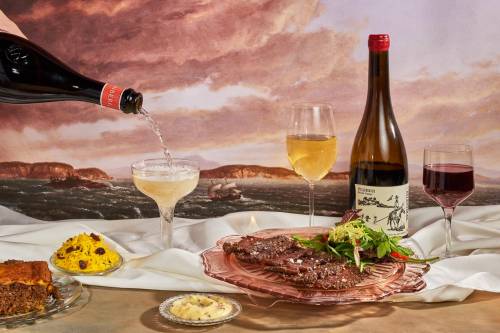 In its eleven years, Kaia, a derivative of the Zulu word for “home,” has supplied New Yorkers with 7.2 million dollars’ worth of South African wine, mostly by the glass.

On the other end of the spectrum, in terms of both fidelity to origin and complexity of flavor, is the bobotie, a spiced and fruity minced-beef not-quite-casserole, topped with a creamy egg custard. Although the Parliament of South Africa, sensitive to the rich culinary diversity of the country’s sixty million citizens, has declined to designate an official national dish, bobotie is sometimes said to be the unofficial one. (Though in my two years as a Peace Corps volunteer in rural Mpumalanga, I never encountered the stuff.) At Kaia, the kitchen prepares it with green apples, onions, raisins, cinnamon, yellow curry powder, apricot jam, and mango chutney—a scrumptious sweet-and-savory supernova that defies categorization.

For some South African expats, no offering is more comforting than the Gatsby, a Portuguese roll stuffed with garam-masala-braised chicken, pickled cucumbers, Peppadew peppers, and French fries. It’s a popular street food in the Western Cape, but it has fans in every province. The other day, a transplant from KwaZulu-Natal travelled by train from a sleepy suburb for the sole pleasure of devouring one. In the winter, Kaia swaps out the Gatsby for bunny chow, which involves filling half a loaf of hollowed-out white bread with spicy Durban curry—a legacy of South Africa’s Indian community. Like the Georgian khachapuri, it’s meant to be eaten with your hands; utensils are available for the weak.

One section of the menu that is decidedly not South African is the Kaia Taco Shop, an initiative by a longtime staffer of Mexican heritage. But dust the tacos with a little peri peri—fiery seasoning made from malagueta chilies, introduced to Southern Africa by Portuguese traders by way of the Americas—and you won’t speak ill of fusion cuisine again. (Dishes $5-$33.) ♦