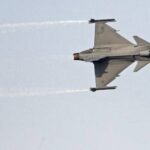 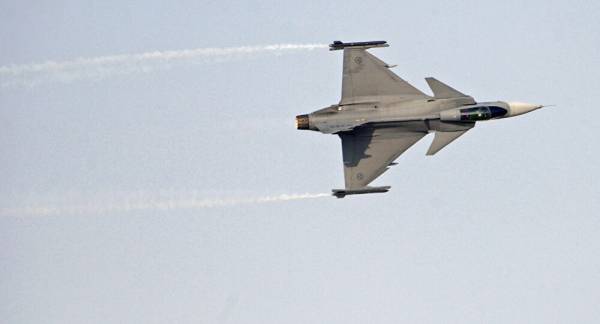 A sensational WikiLeaks disclosure has revealed that Sweden’s Armed Forces wanted to use the Afghanistan war to advertise its Saab Gripen fighter jets across the world thanks to combat experience.

In 2008, the Swedish Armed Forces wanted Sweden to send Jas Gripen aircraft to Afghanistan, as part of a marketing stint for its fighter aircraft, WikiLeaks has reported citing a leaked cable.

In the secret telegram, then-US Chargé d’Affaires in Sweden Robert Silverman wrote to the NATO forces in Afghanistan asking them to put pressure on Sweden, which he called a “leading NATO partner”, to contribute more to the US-led effort with additional manpower and resources.

At that time, Sweden’s participation in the mission amounted to 365 soldiers in the city of Mazar-i-Sharif. Silverman argued that Sweden had the opportunity and willingness to increase its participation and even mentioned medical helicopters, Operational Mentor and Liaison (OMLT) teams and, crucially, Saab JAS 39 Gripens, light single-engine multirole fighter aircraft manufactured by the Swedish aerospace company Saab AB.

Robert Silverman additionally argued that Sweden’s Armed Forces had publicly suggested sending JAS Gripen fighter aircraft to Afghanistan, thus revealing that the Swedish military had lobbied for the deployment over possible combat experience, something beneficial for the Swedish Air Force to market the Gripen fighter aircraft, as combat experience by military platforms substantially increase their marketability.

As the terror groups operating in Afghanistan lacked any air forces, the question of air-to-air combat did not arise. Instead, the combat experience would entail precision strikes against local jihadi forces scattered around the country.

Despite formally being non-aligned, Sweden took part in the US-led operations in Afghanistan from 2002 to 2021 and has repeatedly been branded a faithful and loyal ally. The Swedish force peaked at some 500 soldiers stationed in the city of Mazar-i-Sharif. A total of five Swedish soldiers lost their lives during the operation.

Previous : Watch Hard-Bitten Reporter Lashed by High Waves While Covering Hurricane Ida in New Orleans
Next : Biden Declares Major Disaster in Louisiana Where Ida Has Left Over 1 Million Homes With No Power