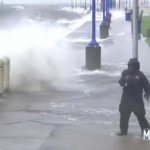 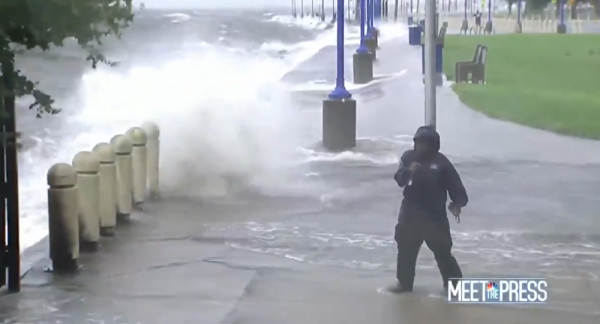 Hurricane Ida, which has been blasting the Gulf Coast, prompted US President Joe Biden to issue a disaster declaration for the state of Louisiana. The latter has so far been the most affected by the natural phenomenon.

While Lousiana is being slammed by wild winds, storms, rainfall, and waves amid Hurrican Ida, with people hiding in their houses and experiencing power outages, reporters still have to do their jobs in the middle of the chaos.

A video showing one getting hit by Ida’s waves as he was reporting from the scene went viral on Sunday. It was 67-year-old veteran TV meteorologist, Al Roker, who got caught in the middle of the storm.

In the video, he is seen standing on a bay near Lake Pontchartrain in New Orleans, struggling to cover the hurricane as waves continue to lash him and the wind attempts to blow the microphone out of his hands.

​Shortly after his risky report, he took to his Twitter to tell everyone that he was fine and considered the incident “part of the job”.

Louisiana has had a tough time facing the rage of Ida, with New Orleans issuing flood warnings and getting battered by storms. Late Sunday, President Joe Biden issued a disaster declaration for the state. According to reports, at least 5 people have died in Louisiana as a result of the hurricane.

Previous : California’s Recall Is a Blow to Democratic Change
Next : Sweden Allegedly Sought to Bomb Afghanistan as Advertisement for Its Fighter Jets, WikiLeaks Reveals