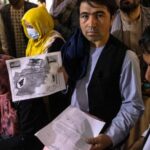 In urgent cable, US embassy calls on Washington to evacuate Afghan staffers threatened by Taliban 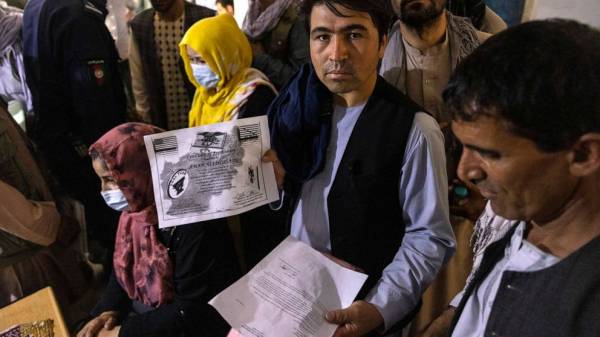 The U.S. Embassy in Afghanistan is urging Washington to evacuate Afghans who are under threat because of their work with the U.S. government — warning they cannot get out on their own and are in desperate need, according to an internal cable obtained by ABC News.

In an urgent and emotional appeal to State Department leadership, Ambassador Ross Wilson called for help for the thousands of Afghans who served the U.S., but will not be evacuated in the coming weeks by the administration.

President Joe Biden has said he is committed to helping Afghans who helped the U.S. But his plans only call for relocating Afghans who have received approval for a special immigrant visa — a program created by Congress for interpreters, guides and other contractors who worked for the U.S. military and diplomatic missions for two years.

With nearly one third of Afghanistan’s provincial capitals now captured by Taliban fighters, Afghans, U.S. lawmakers and advocacy groups are urging the administration to increase the tempo of evacuation flights and the scope of who qualifies for a coveted seat on one.

“They fear being watched walking in and out of the Embassy and lay awake at night fearing the Taliban will knock on their doors,” Wilson wrote of two Afghan staffers who spoke with U.S. officials.

Last week, the State Department announced that Afghans who did not qualify for the special immigrant visa program could instead apply for refugee status under a new initiative. That includes Afghans who didn’t meet the two-year employment requirement, who worked for a U.S.-funded program or a contractor instead of directly for the government, or who worked for a U.S.-based media outlet.

But that new program requires that these Afghans flee the country first — a barrier too high for the vast majority of them, according to Wilson.

“Any assumption that Afghan refugees can make their way to safety on foot does not reflect the new reality,” Wilson wrote — noting Taliban forces exercise control of more than half of the country’s border crossings, neighboring countries Iran and Pakistan are closing their borders to more refugees and other countries around the world are not offering Afghans visas to enter.

MORE: Thousands of US troops to help with US Embassy departures

Instead, these Afghans embassy employees and close contacts are “under threat because of their work with the U.S. government … but cannot get out,” he added.

That group includes prominent women’s rights activists that the U.S. itself “raised as examples of progress toward gender equality” and are now threatened because of it, according to Wilson.

There are 2,000 Afghan embassy employees and their families, along with thousands more with U.S. ties who are seeking this new refugee status, according to the cable.

The administration, however, has already said it is not planning to help evacuate these Afghans.

“At this point in time, unfortunately, we do not anticipate relocating them, but we will continue to examine all the options to protect those who have served with or for us, and we will review the situation on the ground,” a senior State Department official told reporters last week.

Instead, it may struggle to evacuate all those special immigrant visa applicants, along with their families, that it has already committed to helping.

State Department spokesperson Ned Price said Thursday that despite the evacuation of a significant number of U.S. diplomats, the embassy will continue to process visas in Afghanistan.

The administration also announced Thursday that is is moving 1,000 U.S. troops to Qatar shortly to help process evacuated Afghans there, as it increases the number of flights of Afghans directly to the U.S., too.

Some 4,000 Afghans — 1,000 interpreters and their family members — are being evacuated to Fort Lee, a U.S. Army post in central Virginia, and those flights will become daily in the coming days, Price said. These applicants have been approved for U.S. visas by the embassy and cleared security vetting, according to U.S. officials.

“We have a solemn, a sincere responsibility to these brave Afghans,” Price told reporters Thursday. “We’re going to honor that responsibility and increase the pace of those relocation flights.”

In total now, 1,200 Afghans have been relocated to Fort Lee, according to Price. Roughly 90% of them have been processed and cleared to depart the installation, moving to their new homes across the U.S., a State Department spokesperson told ABC News on Wednesday.

In addition, the administration has said it plans to evacuate 4,000 more interpreters, plus their family members, who have been approved by the embassy, but not yet vetted.

This group — estimated to be approximately 20,000 Afghans in total — will be relocated to safe third locations, such as Qatar, Kuwait or the U.S. territory Guam, but it’s unclear whether the administration has any agreements to host them yet.

Pentagon spokesperson John Kirby said the 1,000 service members — medical personnel, military police and engineers, among others — will support processing applicants, who could spend months at U.S. military installations in Qatar as they await their applications to be adjudicated. But a State Department spokesperson later told ABC News they have no announcements yet on third-country relocation sites.

Previous : Ocean Current System That Affects ‘Large Part of World’s Climate’ on Brink of Collapse, Study Says
Next : Afghanistan updates: Thousands of US troops to help with US Embassy departures