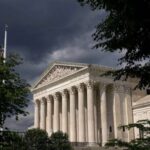 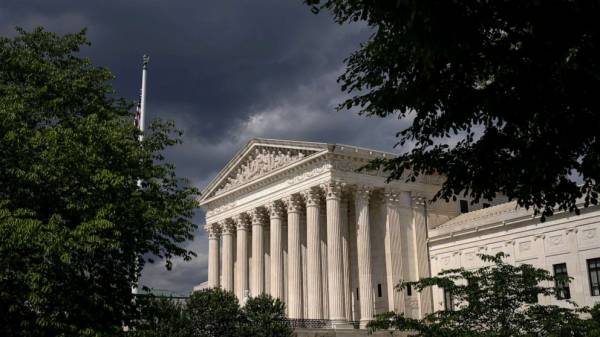 The Supreme Court Tuesday night rejected a bid by the Biden administration to formally discontinue former President Donald Trump’s controversial 2018 policy forcing asylum seekers along the southern U.S. border to remain in Mexico while awaiting a hearing on their claims.

In a single-page order, the court sided with Texas and a group of Republican-led states which claimed President Joe Biden did not lawfully cancel the policy and, in so doing, encouraged the record surge of migrants seen in recent months.

The vote was 6-3, pitting the court’s conservative majority against the three liberals, Justices Stephen Breyer, Sonia Sotomayor and Elena Kagan.

The decision effectively requires the Biden administration to comply with a lower court order to reinstate Trump’s “Migrant Protection Protocols” (MPP) and deny entry to any migrant seeking to file an asylum claim.

The Supreme Court’s majority said the administration “failed to show a likelihood of success” for its argument that a 2021 Department of Homeland Security memorandum rescinding the policy was not arbitrary and capricious.

Drew Angerer/Getty ImagesClouds are seen above The U.S. Supreme Court building, May 17, 2021, in Washington, DC.

The administration earlier Tuesday told the court in a filing that forcing the reinstatement of the MPP “would intrude on the Executive’s immigration-enforcement and foreign-affairs authorities by disrupting border operations, diverting scarce resources from other urgent priorities, and intruding into the nation’s relations with Mexico and other foreign partners.”

Those arguments failed to persuade the court’s conservatives, who blocked several administrative policy changes sought by the Trump White House, including the decision to end Deferred Action for Childhood Arrivals, or DACA, on similar grounds.

The Fifth Circuit U.S. Court of Appeals later declined Biden’s request to stay the order while the litigation continues.

“The Biden administration was correct to rescind the Trump return to Mexico policy, the whole point of which was to punish people for seeking asylum by trapping them in miserable and dangerous conditions,” said Omar Jadwat, director of the ACLU’s Immigrant Rights Project in a statement. “The government must take all steps available to fully end this illegal program, including by re-terminating it with a fuller explanation.”

Started in late 2018, the MPP — known commonly as the “Remain in Mexico” policy — was a centerpiece of the Trump administration’s hardline approach to immigration enforcement.

Under the protocols, asylum seekers from Central America who made it to the U.S. were sent back to Mexican border towns to wait for their day in immigration court, regardless of whether they had attempted to cross the border illegally or arrived at a port of entry.

Gregory Bull/AP, FILEA group of migrants mainly from Honduras and Nicaragua wait along a road after turning themselves in upon crossing the U.S.-Mexico border, in La Joya, Texas, May 17, 2021.

Upon taking office, Biden moved immediately to wind down the MPP, re-admitting 13,000 asylum applicants to wait for their court dates from inside the U.S., according to administration data.

Critics of the Biden’s administration repeal of MPP argue it was responsible for the current surge in unauthorized border crossings, which recently hit the highest monthly total in two decades. However, the program was largely minimized during the pandemic with less than 2% enrollment out of all migrants stopped at the border between April 2020 and January 2021, according to the American Immigration Council.