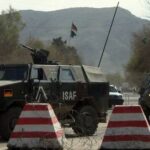 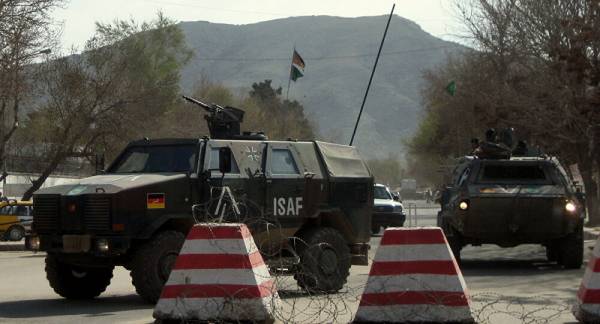 The US and NATO-backed government in Kabul collapsed on 15 August, four months after Washington announced unilaterally that all its troops would be out of Afghanistan by the fall. These events sparked an existential crisis within the Western alliance, and led to questions about whether the US gives any weight to its European allies’ concerns.

The dramatic events in Afghanistan this month and Europe’s inability to act without Washington’s support is a sign of the continent’s military impotence and utter dependence on the United States for defence, Suddeutsche Zeitung contributor Daniel Brossler has suggested.

In an op-ed for the newspaper published on Friday, the journalist suggested that “the disaster in Afghanistan” has demonstrated that although “Europe is capable of many things,” the ability to pursue its own defence policy is not one of them.

The contributor suggested that in the aftermath of Thursday’s attacks on the Kabul airport, which killed 13 US troops and scores of Afghans, “none” of NATO’s allies “would have been willing or able to continue” operating on the ground in the country for “even a minute longer without the US.”

The entire Afghanistan mission, Brossler recalled, relied on the US, which pulled the alliance into the war following the 9/11 terror attacks and the subsequent US invasion of the West Asian nation in late 2001.

The Afghan mission “has always depended on the willingness of the Americans to invest considerable military and financial resources. However, the past few weeks have shown to Europeans how little consideration even a man like [Joe] Biden has for them,” the journalist argued.

The journalist stressed that unfortunately, recent increases in European defence budgets, and efforts by officials including German Chancellor Angela Merkel asking the continent’s leaders to “take their fate into their own hands” as far as defence is concerned appear to have had little impact on the US-European power dynamic. “The fact remains that the USA alone spends significantly more than twice as much on the military than all other NATO allies combined. Little has changed in the imbalance of military capabilities.”

And while “this imbalance was not a serious problem so long as NATO was seen as equally useful on both sides of that Atlantic,” today, according to Brossler, the situation has shifted, with the “shameful end to the Afghanistan mission” serving as a “turning point” and bringing to an end any desire for any more nation-building operations abroad, at least for the foreseeable future, by the alliance.

Brossler believes that Europe will now need to start reducing the imbalances which were built into the Western alliance from its beginning. “The greatest danger for Europeans,” he warns, “is not that the US will ask too much of them, but rather that at some point they will no longer be asked.”

The unexpectedly rapid collapse of the Afghan government, and Washington’s insistence on withdrawing no matter the cost to the alliance’s image, has sparked concerns among officials in some NATO countries about the future of the transatlantic partnership.

Earlier this month, British Prime Minister Boris Johnson, Chancellor Merkel and NATO’s Stoltenberg admitted that no alliance member would be able to fill the US’s shoes after Washington made the firm decision to withdraw from the country.

The last of the 570 troops Germany had in Afghanistan were pulled out in late June, with the final evacuation flight taking off from Kabul’s airport on Thursday, just hours before the deadly terror attack.

During its 19+ year deployment in Afghanistan, Germany lost 59 troops and three policemen, with nearly 250 soldiers and police injured during the same period. Over 150,000 Bundeswehr troops have been deployed in Afghanistan, with their deployment constituting the largest German deployment abroad since the Second World War.