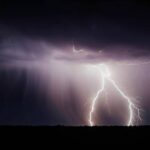 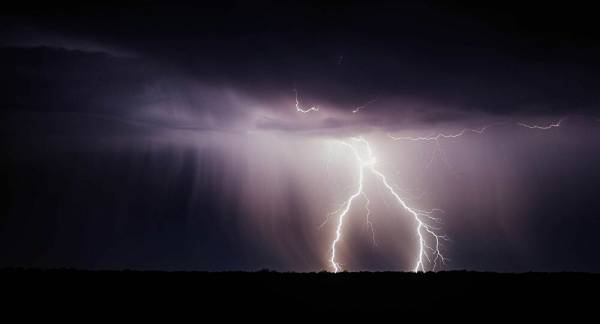 Recent studies suggest that parts of India have registered a sharp increase on lightning over the past two decades. Nearly 2,000 people die per year in lightning disasters during storms. On 12 July, lightning claimed 11 people’s lives in Rajasthan state when they were struck atop a tower watching the storm from a distance.

The Indian government is using a mobile application called “Damini” that has been developed to monitor lightning in stormy skies and forewarn people about anticipated disaster in the area around them.

Federal Minister of State of Earth Sciences Dr Jitendra Singh said in the lower house of parliament on Friday that “lightning activities have shown an increasing trend all over India”.

The Indian Institute of Tropical Meteorology (IITM) in Maharashtra state’s Pune city, working under the Ministry of Earth Sciences, has established a lightning location network, strategically installed at 83 places in the country, to detect lightning strikes with utmost accuracy.

“Central processor of this network is located at the IITM that receives and processes the signal received from the network and identifies the location of lightning strikes with less than 500 metres accuracy. The output from this network is shared with the India Meteorological Department and various state governments and used for forecasting purposes”, said the politician.

At present, this facility is extended to all districts and about 1,084 stations across the country.

The onset of the monsoon in India has seen many disasters across the country on account of lightning. Rajasthan state’s Jaipur city, known for its historic forts, saw 11 people die while taking selfies atop a tower on a rainy day. On 8 July, at least 27 persons died in the span of 24 hours in episodes of lightning reported from five different districts.