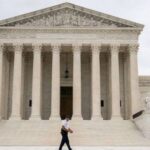 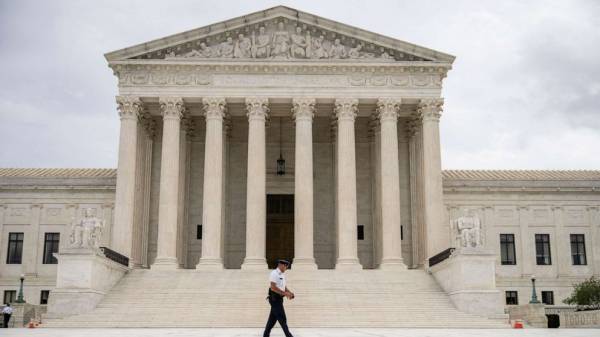 The unsigned order from the court said the providers had “raised serious questions regarding the constitutionality of the Texas law at issue” but added “their application also presents complex and novel antecedent procedural questions” that they were unable to resolve.

Specifically, the Court questioned whether the state officials sued in this case were the proper targets, since they don’t enforce the Texas law, and whether state courts could also be properly ordered by the justices to refuse cases under S.B. 8.

“In reaching this conclusion, we stress that we do not purport to resolve definitively any jurisdictional or substantive claim in the applicants’ lawsuit,” the court said. “In particular, this order is not based on any conclusion about the constitutionality of Texas’ law, and in no way limits other procedurally proper challenges to the Texas law, including in Texas state courts.”

Calling the Texas law “unprecedented” in its design, Roberts said he would have moved to preserve the status quo at least temporarily.

Drew Angerer/Getty ImagesWASHINGTON, DC – SEPTEMBER 01: A Supreme Court Police officer patrols at the U.S. Supreme Court on September 1, 2021 in Washington, DC. A new Texas law that prohibits most abortions after six weeks of pregnancy went into effect on Wednesday. The U.S. Supreme Court did not act on a request to block the law.

“I would grant preliminary relief to preserve the status quo ante—before the law went into effect—so that the courts may consider whether a state can avoid responsibility for its laws in such a manner. Defendants argue that existing doctrines preclude judicial intervention, and they may be correct,” he wrote. “But the consequences of approving the state action, both in this particular case and as a model for action in other areas, counsel at least preliminary judicial consideration before the program devised by the State takes effect.”

Kagan passionately called out her colleagues for allowing a sweeping ban on abortion “in clear and indeed undisputed conflict with Roe and Casey” without a more fulsome legal process.

“The majority has acted without any guidance from the Court of Appeals—which is right now considering the same issues. It has reviewed only the most cursory party submissions, and then only hastily. And it barely bothers to explain its conclusion—that a challenge to an obviously unconstitutional abortion regulation backed by a wholly unprecedented enforcement scheme is unlikely to prevail,” she wrote. “In all these ways, the majority’s decision is emblematic of too much of this Court’s shadowdocket decisionmaking—which every day becomes more unreasoned, inconsistent, and impossible to defend. I respectfully dissent.”

Sotomayor blasted the court’s decision as “stunning,” calling the Texas law a “breathtaking act of defiance—of the Constitution, of this Court’s precedents, and of the rights of women seeking abortions throughout Texas.”

“Presented with an application to enjoin a flagrantly unconstitutional law engineered to prohibit women from exercising their constitutional rights and evade judicial scrutiny, a majority of Justices have opted to bury their heads in the sand,” she wrote.

“Last night, the Court silently acquiesced in a State’s enactment of a law that flouts nearly 50 years of federal precedents,” she wrote. “Because the Court’s failure to act rewards tactics designed to avoid judicial review and inflicts significant harm on the applicants and on women seeking abortions in Texas, I dissent.”

Breyer, who has authored several major opinions upholding the rights of women to obtain abortion services, said the court had a clear obligation to intervene to prevent violation of clearly-established constitutional rights.

“I recognize that Texas’s law delegates the State’s power to prevent abortions not to one person (such as a district attorney) or to a few persons (such as a group of government officials or private citizens) but to any person. But I do not see why that fact should make a critical legal difference,” he said. “That delegation still threatens to invade a constitutional right, and the coming into effect of that delegation still threatens imminent harm.”

Texas is the first and only state in the country to outlaw abortions after six weeks of pregnancy. Twelve other states have passed similar early-term bans that have not yet taken effect due to legal challenges. The controversial law also raises strong questions about the future of the 1972 landmark Roe v. Wade abortion rights decision.

Following the court’s decision Wednesday, Amy Hagstrom Miller, the founder and CEO of Whole Woman’s Health, tweeted, “We are devastated by today’s ruling. Our patients are scared and confused and desperately trying to figure out what they can do to get an abortion. We don’t know what will happen next. Our staff and providers are so afraid…”