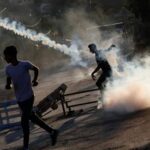 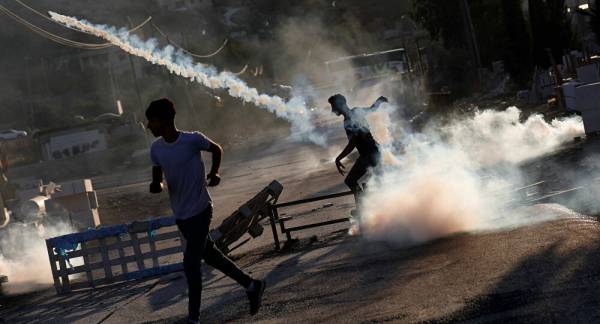 Every Friday since May, hundreds of Palestinians have participated in protests against the Israeli settlement near the Evyatar outpost, located in the central West Bank. In clashes with Israeli law enforcement, locals are determined to prevent Israeli Defense Forces from building an outpost here.

Palestinians have burned symbols of a swastika and the Star of David, while protesting an Israeli outpost in the so-called “night confusion,” according to a video, posted on Twitter on Saturday.

The demonstrations against the Evyatar outpost near the West Bank town of Beita that started months ago are usually carried out at night with “night confusion units,” that burn tires, torchers and blow up improvised explosive devises.

One of the video shows a group of rioters burning a construction that has a shape of Star of David with a swastika symbol inside.

In addition, a footage of Saturday’s protest reportedly shows Palestinians detonating a large explosive device in the area.

Palestinian protests against the Evyatar outpost continued even after Israeli authorities struck a deal with the settlers who agreed to abandon the settlement in exchange for leaving the temporary buildings untouched. Palestinians protesting the outpost say its territory is in private ownership of Palestinians from the neighboring Beita village. The government is currently surveying the land to determine its status.