WHO Warns of Mu, But Where Did the New COVID-19 Variant Come From? 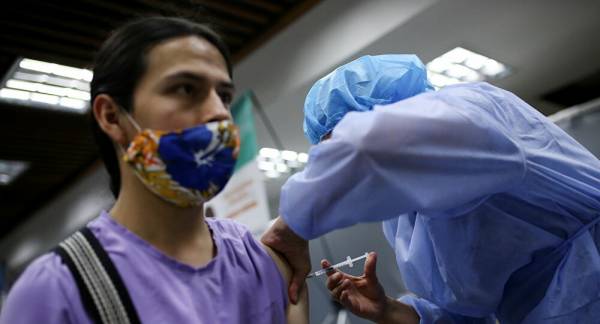 The last coronavirus variant to cause a stir was the Lambda strain, first found in Peru in January, but it has failed to overtake the Delta variant, originally identified in India, as the dominant form of the virus outside South America.

The World Health Organisation (WHO) has a new COVID-19 “variant of interest” dubbed Mu — but should we be worried?

The B.1.621 variant, designated on 30 August with the 12th letter of the Greek alphabet by the UN’s health body, was first identified in Colombia back in January.

But 48 cases have already been identified in the UK, along with hundreds in the US, with the worldwide total at around 4,500.

The WHO’s weekly bulletin said early studies of the new strain’s genetic code suggested that like the Beta or “South African” variant, it may be able to evade antibodies built up by vaccination or exposure to other types, but stressed that more research was needed to back that theory up.

The Mu variant was spreading in Colombia and Ecuador, the WHO said, and had also shown up in Europe. But its global prevalence was still less than one in a thousand cases and was declining overall.

​Public Health England (PHE) said last month there was “no evidence” Mu was more infectious than the Delta variant, whose spread prompted the government to put back the lifting of lockdown measures by a month out of caution.

The WHO’s last variant of interest, designated Lambda, is believed to have originated in Peru before spreading widely across Latin America and into North America before reaching the rest of the world.

The latest PHE data on the pandemic released on Wednesday suggested the rate of new infections and deaths was falling from a second peak since the government relaxed lockdown restrictions on 23 June. Over the last week, new cases have averaged around 33,000 per day, hospitalisations over 900 per day and deaths just over 100.

Just over 4.5 million people worldwide have died of the novel coronavirus in less than two years since its appearance in the Chinese city of Wuhan.

Previous : Will This Study Help the World to Prevent Gonorrhoea Doomsday?
Next : Texas lights new fires for national Democrats: The Note