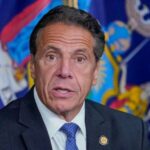 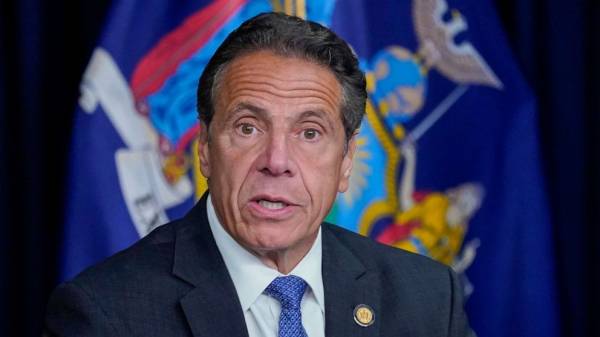 This is believed to be the first complaint filed against the embattled governor in wake of Tuesday’s Attorney General report which concluded he violated state and federal law in sexually harassing at least 11 women.

The woman who filed the complaint is a former assistant to the governor who is identified as “Executive Assistant #1″ in Attorney General Letitia James’ report released Tuesday.

“Since approximately late 2019 the Governor engaged in a pattern of inappropriate conduct with Executive Assistant #1,” the report said.

The conduct included close and intimate hugs, kisses, touching and grabbing of her backside and suggestive remarks, according to the investigators. The report listed that Executive Assistant #1 had what appeared to be the most serious allegation against Cuomo, accusing him of reaching under her shirt and fondling her breast in the Executive Mansion in Albany in November 2020.

Cuomo has denied all allegations of sexual harassment and misconduct.

Cuomo’s lawyer Rita Glavin said in a response to the report Tuesday that the governor “never groped Ms. X,” adding, “This claim is false, as the Governor has stated repeatedly and unequivocally.”

The AG report stated that the Albany Police Department was alerted about the alleged groping of Executive Assistant #1.

In response to the Friday complaint, the governor’s spokesperson Richard Azzopardi said in a statement, “As we said previously, we proactively made a referral nearly four months ago in accordance with state policies.”

Hours after news of the complaint broke, Cuomo’s attorney Glavin said in a press conference that the NY AG report omitted important facts.

“The investigation was conducted to support a predetermined narrative” Glavin said. “There has been no open minded fact finding here.”

Glavin responded to the report’s account of Executive Assistant #1, saying the timeline of events did not match up with the woman’s claims shared with the Albany Times-Union, which published her account in March.

“The documentary evidence does not support what she said,” Glavin said.

She was joined by two attorneys for the Executive Chamber, Paul Fishman and Mitra Hormozi, for the Zoom video conference Friday.

Fishman condemned the attorney general for refusing to provide an advanced copy of the report so the governor could prepare rebuttal statements and called for the office to release transcripts of all interviews conducted in the investigation.

Glavin and Fishman both challenged the report’s finding that the governor’s staff retaliated against accuser Lindsey Boylan after she came forward with her sexual harassment allegations.

“There is a very serious legal issue about whether the attorney general’s office is correct,” Fishman said.

Earlier this week Boylan’s attorney said she intends to sue Cuomo for allegedly retaliating against her after she came forward.

“Our plan is to sue the governor and his co-conspirators,” Boylan’s attorney, Jill Basinger, told ABC News’ “Good Morning America,” citing the retaliatory actions outlined in the AG report.

So far at least five district attorney offices — Manhattan, Albany, Westchester County, Nassau County and Oswego County — have launched investigations into Cuomo for alleged incidents outlined in the report that took place in their jurisdictions.

“The governor certainly seems to form a pattern of behavior that shows a sense, at a minimum, of an entitlement and a disregard of the well-being of others and the self-respect of many women,” Oswego District Attonry Gregory Oakes said to local ABC affiliate in Rochester WHAM.