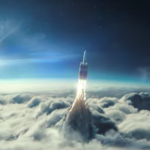 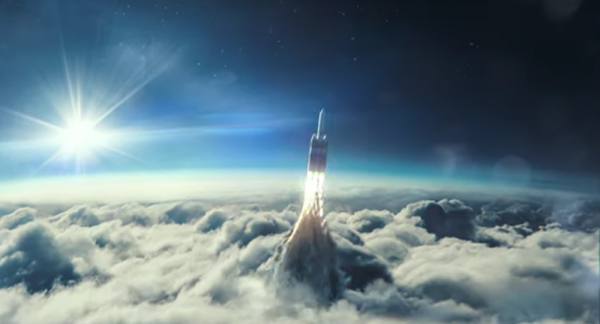 After the US announced the delimitation of space as a warfighting domain, several NATO powers inaugurated a separate space command, with the heads of state of the aforementioned pointing to the increasing space capabilities of Russia, China, and India, who have all denied any intent to militarise space or “base any type of weapons in space”.

Roscosmos head Dmitry Rogozin has warned that the US might attempt to install nuclear weapons in space under the pretext of terraforming Mars.

One of the Mars-colonisation concepts, terraforming is the hypothetical process of changing the conditions on a planet to make it habitable for life that exists on Earth, including humans.

The Russian space chief weighed in on the dangers of the militarisation of space. He underscored that he was not referring to intercontinental ballistic missiles (ICBM) designed for nuclear weapons delivery (which Russia, the United States, China, France, India, the United Kingdom, and North Korea have), which are in actual space for just minutes. It was the actual permanent deployment of space-based weapons that Russia is categorically against.

©
AFP 2021 / ALEXANDER NEMENOVRussian Topol-M intercontinental ballistic missiles drive through Red Square during the Victory Day parade in Moscow on May 9, 2010

The dominant treaty governing space law is the 1967 Outer Space Treaty (OST) that bans the stationing of weapons of mass destruction (WMD) in outer space, prohibits military activities on celestial bodies, and details legally binding rules governing the peaceful exploration and use of space.

Rogozin emphasised that he considers the possible permanent deployment of nuclear weapons in space a crime.

Musk first espoused the theory in 2015, suggesting detonating nuclear bombs at Mars’ poles to terraform the red planet, making it liveable for humans by heating it with greenhouse gases.

​Currently, Elon Musk’s SpaceX, designed for flights to the Moon and Mars, can be used in the interests of the Pentagon for intercontinental transfer of special forces, speculated Dmitry Rogozin.

“The new developments that Musk is implementing are all related to the Pentagon”, he insisted.

Super Heavy is the first stage of Starship, a fully reusable, two-stage transportation system that SpaceX is developing to carry people and cargo to the Moon, Mars, and other distant destinations. The National Aeronautics and Space Administration (NASA) recently selected Starship as the crewed lander for its Artemis Programme, seeking to establish a sustainable human presence on the Moon by the end of the 2020s.

SpaceX will soon start subjecting its Booster 4 at its Starbase site to a series of pressurisation and engine trials, pending which the rocket will be poised for an orbital launch attempt within months, according to the company.

Rogozin went on to say that one recent idea that was immediately supported by enthusiasts is the “intercontinental super-fast transportation of people”.

The Roscosmos chief dismissed the “fantastic” idea as potentially feasible in the distant future only for transferring people specially trained to withstand the overload from one continent to another. However, he predicted that when such technologies are up and running, they will hardly be used for “simply granting mankind the ability to fly across the ocean in a matter of minutes”.

Space as a ‘Warfighting Domain’

Rogozin dismissed as propaganda Washington’s accusations that Russia was developing anti-satellite technology. Recently, the Defence Department rolled out America’s new Defence Space Strategy which, in particular, alleged that China and Russia “present the most immediate and serious threats to US space operations”. Capitalising on these assertions, the US delimitated space as a warfighting domain in need of a separate branch of the armed forces, establishing a US Space Command.

It was claimed that the development of anti-satellite (ASAT) missiles and directed-energy weapons had “imperiled US satellites like never before”.

In response, Kremlin spokesman Dmitry Peskov emphasised that Russia has always been and remains committed to the full demilitarisation of space.

If we talk about the wars of the future and the forecasts given by analysts, a distantly-potential war might begin in space, according to Rogozin. However, he sought to allay fears, saying Russia was geared to repel any attack from an enemy force.

Previous : Overwhelming bipartisan support for keeping troops in Afghanistan until all Americans, Afghans who aided US out: POLL
Next : Slow March: Spanish Slugs Invade Moscow – Video