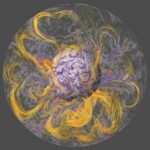 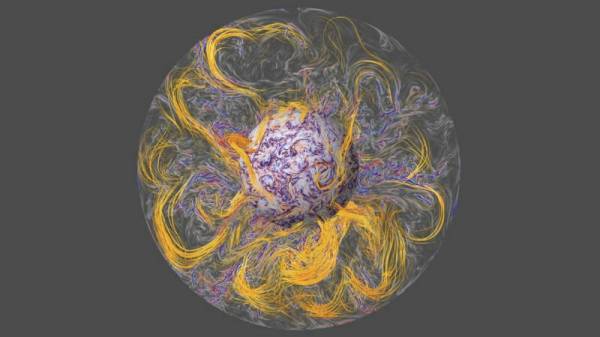 The Earth’s magnetic field is generated in the planet’s core and contained within a region of space known as the magnetosphere by the action of the solar wind. This field is largely that of a dipole: it has one North pole and one South pole, with periods of variation, when the planet’s field can undergo a decrease in strength.

Earth’s magnetic field, crucial for life on the planet as it protects it from deadly solar radiation, weakens around every 200 million years, according to a new study, the results of which have been published in Proceedings of the National Academy of Sciences.

Dr Louise Hawkins and colleagues at the University of Liverpool performed thermal and microwave examination on the rock samples from ancient lava flows in Strathmore and Kinghorn in Scotland.

Analysis of the valuable rock samples confirmed that Earth’s magnetic field, which starts in the molten core of the planet and extends into the vacuum of space, registered a quarter of its current strength between 332 and 416 million years ago. The researchers have dubbed this the Mid-Paleozoic dipole low.

The Mesozoic Dipole Low (MPDL), another similar period of low magnetic field around 120 million years ago, was identified by researchers 30 years ago.

The new findings feed into the theory, dating back to 2012, that the geomagnetic field periodically weakens – approximately every 200 million years. In the previous study, the field data was from the last 300 million years.

Molten iron and other metals in the outside core are what comprise Earth’s magnetic field. These create electromagnetic currents – the dynamo action – which offers all life on our planet protection from solar radiation. However, overtime, this unstable field fluctuates in terms of both strength and direction.

Understandably, at moments when the geomagnetic field strength is at its lowest, solar radiation showers its negative impact on Earth. This was the case with the mass extinction of 50 percent of animals and plants at the Devonian-Carboniferous boundary 359 million years ago. At the time, there was a spike in radiation levels, similar to those during the MPDL.

Dr Hawkins, lead author of the research, was cited as saying:

Both the current findings and pending research might help explain future behaviour of the Earth’s geomagnetic field, and how it will affect life on our planet in the years to come.