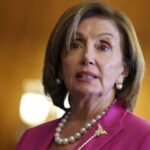 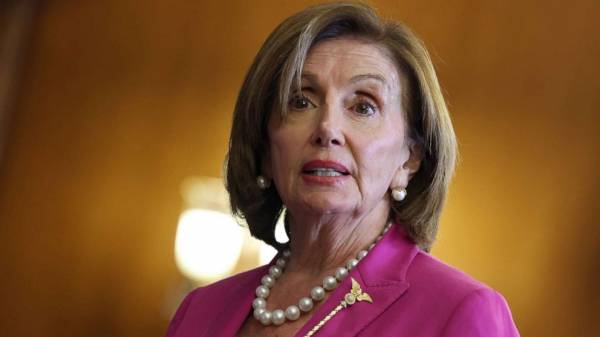 House Speaker Nancy Pelosi said she is confident in the bipartisan select committee to investigate the Jan. 6 attack on the U.S. Capitol and, despite House Minority Leader Kevin McCarthy pulling his recommendations for the panel, is moving forward with the addition of more Republicans with one accepting her invitation on Sunday afternoon.

“Maybe the Republicans can’t handle the truth, but we have a responsibility to seek it, to find it and in a way that maintains the confidence of the American people,” she told ABC “This Week” anchor George Stephanopoulos.

Despite McCarthy, R-Calif., slamming Pelosi last week for conducting “a sham process” after she rejected two of the five Republican members he recommended for the select committee, Pelosi said she plans to appoint more Republicans to the panel.

McCarthy had threatened that Republicans “will not participate” if Pelosi did not accept all five of his recommendations, but Sunday afternoon Republican Rep. Adam Kinzinger of Illinois announced he’d accepted Pelosi’s invitation to participate in the commission.

Only one Republican, Rep. Liz Cheney of Wyoming — who was named to the committee by Pelosi and not on McCarthy’s list — had initially accepted an invitation to join the committee. Cheney, a strong critic of McCarthy and former President Donald Trump, was described by Pelosi on Sunday as a “very courageous member of Congress.”

Like Cheney, Kinzinger is among the few Republicans to vote to impeach Trump over the insurrection.

“This moment requires a serious, clear-eyed, non-partisan approach,” Kinzinger said in a statement. “We are duty-bound to conduct a full investigation on the worst attack on the Capitol since 1814 and to make sure it can never happen again.”

Asked earlier on “This Week” about the possibility that she would name Kinzinger to the committee, Pelosi said, “That would be my plan.”

Pressed by Stephanopoulos on when she might announce Kinzinger’s appointment, Pelosi said she wouldn’t do it “right this minute.”

“But you could say that that is the direction that I would be going,” she continued.

Pelosi and House Democrats were also considering asking a former GOP congressman to serve on committee staff amid the standoff with House GOP leaders over their picks for the panel, sources familiar with the deliberations told ABC News.

“(Kinzinger) and other Republicans have expressed an interest to serve on the select committee and I wanted to appoint three of the members that Leader McCarthy suggested but he withdrew their names,” she continued.

While not mentioning Kinzinger by name, McCarthy said in a statement later Sunday afternoon that Pelosi’s selection of members “who share her pre-conceived narrative will not yield a serious investigation.”

“Speaker Pelosi’s departure from this serious-minded approach has destroyed the select committee’s credibility,” McCarthy said in the statement. “The U.S. Capitol and the men and women who protect it suffered a massive leadership failure. We must make sure that never happens again and that is what Republicans will be focused on.”

The select committee, chaired by Rep. Bennie Thompson, D-Miss., is scheduled to hold hearings this week.

Pelosi said she rejected Banks and Jordan, who both voted to overturn the presidential election, over the negative comments they have made about the select committee.

“Are you confident that the committee’s work can be seen as credible if most Republicans won’t participate?” Stephanopoulos pressed Pelosi on the subject.

Pelosi responded, “My confidence is high. I do believe that the work of this committee, in order to retain the confidence of the American people, must act in a way that has no partisanship. It’s all about patriotism, not partisanship.”

“We have to again ignore the antics of those who do not want to find the truth,” Pelosi told Stephanopoulos.

MORE: Liz Cheney positioned as linchpin for credibility of Jan. 6 findings: The Note

Pelosi also scoffed at a letter the conservative House Freedom Caucus, for which Jordan is a member, sent to McCarthy on Friday asking him to try to remove Pelosi from her powerful position, writing, “Speaker Pelosi’s tenure is destroying the House of Representatives and our ability to faithfully represent the people we are here to serve.”

Pelosi responded on Sunday, “I’m not concerned about any threat from the Freedom Caucus. I get those every day of the week.”

Stephanopoulos asked Pelosi if she is worried that her rejection of two of McCarthy’s picks for the select committee would prompt Republicans to take similar action if they take back control of the House, she said, “no.”

“Look, we have had an unprecedented action, an assault, an insurrection against our government, an assault on the Capitol Building, which is an assault on the Congress, on a day that the Constitution required us, by the Constitution, to validate the work of the Electoral College,” Pelosi said. “So, this was not just any day of the week. This was a constitutionally required day of action for Congress. The Republicans will say what they will say. Our select committee will seek the truth. It’s our patriotic duty to do so.”

MORE: Pelosi fires back at McCarthy after he called Jan. 6 committee probe a 'sham process'

Stephanopoulos asked if she intends to stick by her decision not to hold any vote on that deal until after the Senate passes a much larger infrastructure package through reconciliation.

“Yes,” Pelosi said. “Let me just say as I respond to you, I hope that they will pass the bipartisan legislation. Infrastructure has always been bipartisan for all the years that I’ve been in the Congress.”

Sen. Rob Portman, R-Ohio, the top GOP infrastructure negotiator, also appeared on “This Week” Sunday and said, he was not happy with her response.

“Does that mean we’ll end up with nothing?” Stephanopoulos asked.

Portman responded, “If she has her way, we could.”

Pelosi said she wants to ensure the bill involves many more people in the “prosperity of our country” and that “we say build back better with women.” She said that is why she is stressing the need for childcare, home health care and medical leave funding as part of the package.