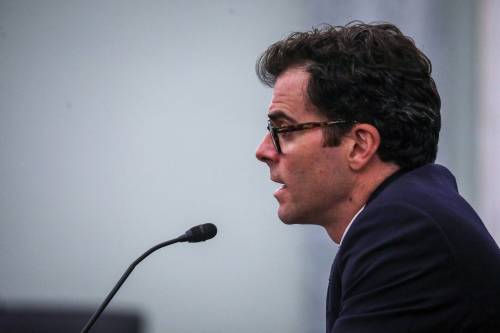 Following damaging internal leaks that showed Instagram can negatively impact teens’ mental health, Instagram said it would halt its plan to build a version of its app for kids. But on Wednesday, the company revealed it hasn’t ruled out making an “Instagram for Kids” one day.

At a Senate hearing on Instagram’s impact on children and teens on Wednesday, when Sen. Richard Blumenthal (D-CT) asked Instagram CEO Adam Mosseri if he would commit to permanently stopping development of Instagram for Kids, Mosseri responded:

In other words, Mosseri was saying that Instagram may still build a product for kids, despite facing months of heavy public outrage and political pressure to abandon those plans.

The exchange reveals a deeper takeaway from the hearing: Instagram — and its parent company Meta (formerly Facebook) — do not seem to believe their product is harmful enough to children and teens that it needs radical change.

That’s in spite of internal company research leaked by Facebook whistleblower Frances Haugen, which showed that one in three teenage girls who felt bad about their bodies said Instagram made them feel worse. The research also showed that 13 percent of British teenage users and 6 percent of American teenage users who had suicidal thoughts traced the desire to kill themselves to Instagram.

While Mosseri struck a thoughtful and serious tone at the hearing when discussing topics like teen suicide, he minimized his company’s own research that showed Instagram can contribute to teenage depression and denied that Instagram is addictive.

His answers seemed to do little to reassure the remarkably bipartisan group of US lawmakers at the hearing, who say they believe Instagram is damaging teenagers’ mental health. These lawmakers say they are committed to passing legislation that could force Facebook and other tech companies to change their businesses to better protect children.

Instagram’s impact on teenage mental health has become a lightning rod in larger conversations about regulating social media, at a time when a growing proportion of the US public is increasingly distrustful of major tech companies.

When Blumenthal asked Mosseri if he supports legislation to outlaw social media apps that are designed to be addictive for certain users, Mosseri replied, “Senator, respectfully, I don’t believe the research suggests that our products are addictive. Research actually shows that on 11 of 12 difficult issues that teens face, teens who are struggling said that Instagram helps more than harms.”

“We can debate the meaning of the word ‘addicted,’ but the fact is that teens who go to the platform find it difficult and maybe sometimes impossible to stop,” said Blumenthal.

Another illustrative moment in the two-and-a-half-hour hearing was a back-and-forth between Mosseri and Sen. Ted Cruz (R-TX). While Cruz has used past hearings about social media to promote partisan concerns about alleged conservative censorship, this time the legislator stayed focused on the issue of children’s mental health.

When Cruz pressed Mosseri about the internal research about Instagram’s harm to teenagers with body image issues and suicidal thoughts, Mosseri again argued that on the whole, Instagram made life better for teens.

In a later exchange, Mosseri said that social media platforms like Instagram have “helped important movements like body positivity to flourish. … It has helped diversify the definitions of beauty, and that’s something that we think is incredibly important.”

“I’m a mom; I’m a grandma. … I have a 12- and 13-year-old grandson. I’m talking to parents all the time,” said Sen. Marsha Blackburn (R-TN) at a press conference after the hearing. “And we know that [in] the vast number of stories that we are hearing, so many of the parents mentioned the adverse impact” of social media.

Blackburn called Mosseri’s assertion that Instagram does more good than harm to teen users “astounding,” and said that “really sounded removed from the situation.”

This all makes it clear that Facebook has lost significant trust with lawmakers. Whatever goodwill the company might have had on Capitol Hill a decade ago, when Facebook was still in its infancy and thought of by many as a universal social good, has been drastically diminished after years of controversy over the company’s struggles with privacy, hate speech, and other harmful content on its platforms.

“Big Tech loves to use grand, eloquent phrases about bringing people together, but the simple reality and why so many Americans distrust Big Tech is: You make money,” said Cruz.

It’s still too soon to say if Congress will actually pass legislation to force Facebook and other social media companies to fundamentally change their businesses to better protect teens and other users. Right now, there are several bills out to create stronger privacy laws, to establish penalties for Facebook if it allows damaging content to surface, and to mandate that Facebook must share more data with outside researchers to assess the harms of its products. So far, none of these bills have passed or are even close to passing.

But this hearing reaffirmed how Democrats and Republicans are in increasing lockstep that something must be done on the topic of how social media can harm teens.

Jim Steyer, the founder and CEO of the nonprofit Common Sense Media, which promotes safe technology and media for children and families, has long advocated for Congress to pass legislation that would better protect children on the platform by safeguarding their privacy and other measures. He said that even though Congress hasn’t moved quickly enough, he thinks Wednesday’s hearing is a sign that momentum is building for real legislation.

“We’ve seen this movie way too many times before when it comes to Facebook and Instagram — and it’s time for action by Congress on a bipartisan basis period, full stop,” he said. “But I do think it’s going to happen now.”