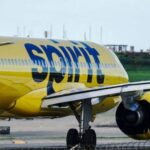 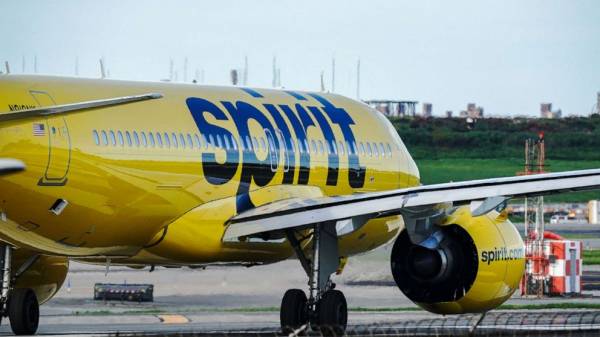 Thousands of Spirit Airlines passengers are still facing canceled flights on Wednesday as the airline’s operational meltdown stretches into a third day.

As of Wednesday afternoon, Spirit cancelled 418 flights, or 60% of its daily operations.

So far this week, Spirit has had to cancel around half of its flights each day: 42% of its Monday flights and 61% of its Tuesday flights.

“What’s this been like for you?” ABC News’ Correspondent Victor Oquendo asked a traveler who has been trying to get to Washington, D.C., from Miami.

“Nothing to eat, nothing to drink, nothing,” Natasha Baptiste responded.

Other Spirit customers told ABC News that they were stranded and forced to spend the night at Spirit bases such as Fort-Lauderdale Hollywood International Airport in Florida.

MORE: Should you delay your trip due to the delta COVID-19 variant surge? Experts weigh in

The airline initially said cancelations would slow down by Tuesday, but a spokesperson explained that the cancelations were the result of a “perfect storm,” blaming weather, staffing shortages and crews reaching the hour limits in which they are legally able to fly.

Jim Watson/AFP via Getty ImagesThe tail section of an Airbus 320 operated by Spirit Airlines is seen as it approaches for landing at Baltimore Washington International Airport near Baltimore, March 11, 2019.

In its latest statement issued on Wednesday, Spirit vowed that the cancelations will finally start dropping on Thursday.

“We’ve dealt with overlapping operational challenges including weather, system outages and staffing shortages that caused widespread irregularities in our operation and impacted crew scheduling,” Spirit said in a statement. “These issues were exacerbated by the fact that we are in peak summer travel season with very high industry load factors and more limited options for Guest re-accommodations.”

After being hit with an IT issue Tuesday that affected crew scheduling, the airline said they have “implemented a more thorough reboot of the network” which allows them to get crews where they need to be to restore normal operations.

The airline will now provide double pay to flight attendants who pick up extra shifts.

The low-cost carrier said that they’ve taken an “in-depth” look at the challenges they are currently facing and have “identified opportunities for improvement.”

“We continue to work around the clock to get our Guests where they need to be,” Spirit insisted.

Spirit recommends customers affected by the cancelations use its online chat feature for assistance.