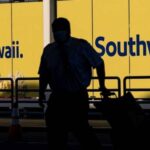 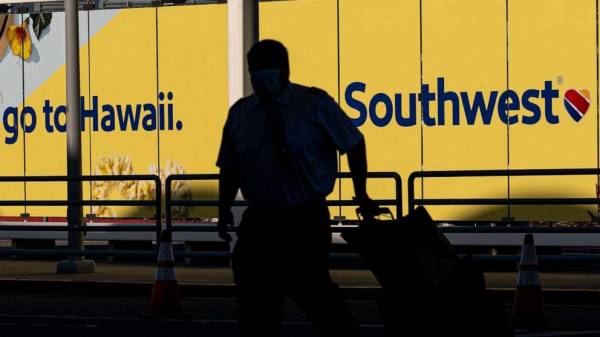 Southwest Airlines pilots are preparing to picket as front-line employees at the airline complain of mismanagement, low staffing, scheduling chaos and a lack of food and hotels for pilots and flight attendants.

Unions representing Southwest’s front-line employees say the airline is severely understaffed, but continues to pack its flight schedule as air travel rebounds, forcing pilots and flight attendants to regularly work the maximum number of hours permitted by federal law. Staffing and weather issues have forced Southwest to cancel thousands of flights this summer.

On Thursday, by late afternoon, Southwest had canceled 170 flights and delayed 852 others, the most of any U.S. airline. At the same time, United had 31 cancellations, while Delta had four.

“We are united on this issue. Our flight attendants are weary, exhausted, and they can take no more,” Lyn Montgomery, Southwest flight attendant and union president, told ABC News. “We’re asking that additional flights not be added to the schedule until the company can handle the flight schedules that we currently have. We all want to get back to the pre-pandemic days, but we have to be able to handle things the way they are right now, the way things are still with the pandemic.”

Crews say they routinely arrive in destination cities only to learn they have no hotel or food availability and cannot reach the company for help.

“We’re being asked to work longer hours, more shifts and extended duty days. We get to the curb and at the end of the day, and we have no idea what hotel we’re supposed to go to,” Montgomery said. “We have to wait for hours to call crew scheduling. There’s no food in the hotel, so we’re unable to get food. We’re not able to get food with the long lines at the airport. So food is the major issue. And we’re also being told that if we call in sick, we have to go see a company doctor to verify the illness.”

In July, Southwest offered its flight attendants double time to pick up extra shifts. The company is now offering its employees referral bonuses to try and fill vacancies.

“The safety of our Employees and Customers comes first, at all times, and that continues to be the priority in everything that we do, Sonya Lacore, Southwest vice president of inflight operations, told ABC News in a statement. “We are aware of the concerns the TWU 556 raised in their letter, and there is much work already underway to address many of the issues this summer.”

Casey Murray, a Southwest captain and pilot’s union president, said issues raised with the company have largely been ignored.

“Management’s refusal to even attempt any of our solutions, or have any real discussion has led us to this point, we must accept that our efforts to improve efficiency and make Southwest Airlines more competitive have fallen on deaf ears, time and time again, because the company has made it clear that they are comfortable with the operation as managed,” Murray said in a video to Southwest pilots Thursday morning.

Southwest Vice President Bob Waltz acknowledged some of the airlines’ challenges, telling ABC News in a statement: “The airline and travel industry have seen a multitude of operational challenges as we navigate the effects of the pandemic. We have teams across the airline working diligently to adapt to the current environment and support our employees during this peak travel season, including efforts focused on providing support to our pilots.”

“We routinely work with the Southwest Airlines Pilots Association on a variety of matters that affect our pilots, but we also have a responsibility to consider a number of factors before implementation of suggestions. We remain committed to listening to feedback and proactively working to address issues as we navigate the months ahead,” Waltz explained.

Southwest is not the only airline facing staffing challenges. American Airlines has had to cancel thousands of flights this summer due pilot and flight attendant shortages.

While airlines received billions of dollars in government aid to keep employees on the payroll, many front-line workers took early retirement or severance packages at the height of the pandemic, leaving airlines desperate to fill openings as air travel rebounded.

Southwest pilots say they will picket during the busy Thanksgiving and Christmas rush if their demands are ignored.