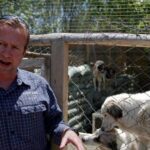 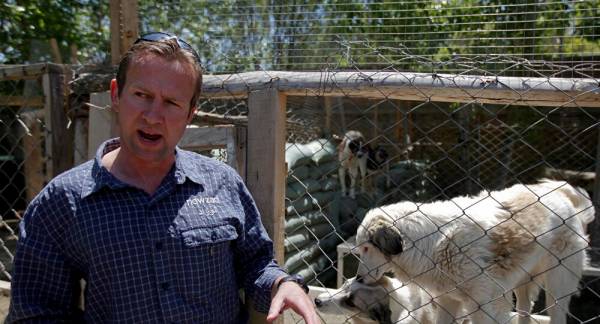 “Pen” Farthing has been widely criticised for pressuring the Ministry of Defence to prioritise his charter flight for 170 cats and dogs out of Kabul airport over planes carrying British citizens and those who worked for the UK and allied forces.

The British founder of a Kabul animal refuge who demanded flight clearance to evacuate his pets has apologised for his “colourful” language to defence officials.

He threatened to “f**king destroy” Quentin after accusing him of “blocking” a private charter flight out of Kabul airport for animals and staff from his Nowzad charity — amid the Western military evacuation of citizens and Afghan collaborators.

“I should not have said it like that, but the sentiment, yes, I was just incredibly upset, angry, frustrated, it was the lowest point,” he added. “I had no other option, I didn’t know what else to do.”

Farthing’s plane landed safely in the UK on Sunday with some 170 cats and dogs on board — but none of his staff, who he left behind in Kabul.

Meanwhile, Wallace said at this weekend that around 150 UK citizens and 1,000 Afghans who worked for British forces were likely to be left behind as the Royal Air Force evacuation effort — backed by 600 troops from the Parachute Regiment — came to an end.

Last Thursday the minister told MPs it was “upsetting” that the armed forces had been “diverted from saving… people” due of “inaccurate stories” in the media about Farthing’s charter flight, adding the episode was “not something I would be proud of”.

Writing in The Spectator magazine on Saturday, Social Market Foundation think-tank director James Kirkup said the time and effort devoted by officials and the media to Farthing’s demands was “shameful”.