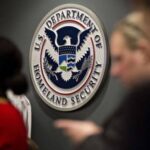 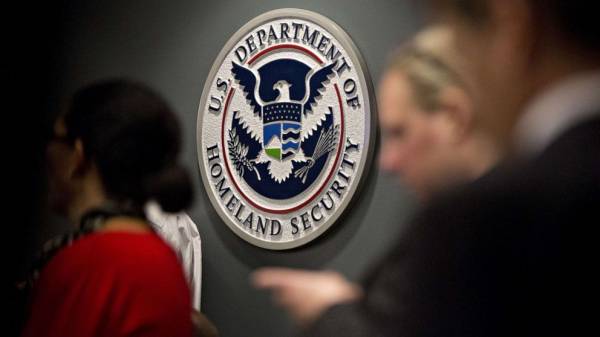 The Department of Homeland Security said Friday they have observed “an increasing but modest level of activity online” by people who are calling for violence in response to baseless claims of 2020 election fraud and related to the conspiracy theory that former President Donald Trump will be reinstated.

“Some conspiracy theories associated with reinstating former President Trump have included calls for violence if desired outcomes are not realized,” according to a DHS Office of Intelligence and Analysis bulletin obtained by ABC News.

There is no evidence that shows there was widespread voter fraud in the 2020 election.

“Over the last few days what has occurred is there’s been much more public visibility, meaning the discussions and these theories have migrated away from being contained within the conspiracy and extremist online communities, to where they’re being the topic of discussion on web forums, or more public web forums, and even within the sort of media ecosystem,” a senior DHS official explained.

DHS says in the bulletin they do not have specific evidence there is a plot imminent.

“As public visibility of the narratives increases, we are concerned about more calls to violence. Reporting indicates that the timing for these activities may occur during August 2021, although we lack information on specific plots or planned actions,” the bulletin sent to state and local partners reads.

Octavio Jones/Reuters, FILEFormer President Donald Trump arrives at the Sarasota Fairgrounds to speak to his supporters during the Save America Rally in Sarasota, Fla., July 3, 2021.

The department “does not have the luxury of waiting till we uncover information with the level of specificity, regarding a potential location and the time of an attack” to act on potential threats due to the threat environment, the senior DHS official explained.

“Past circumstances have illustrated that calls for violence could expand rapidly in the public domain and may be occurring outside of publicly available channels. As such, lone offenders and small groups of individuals could mobilize to violence with little-to-no warning,” the bulletin says.

The senior official said that one of the lessons learned from the Jan. 6 storming of the Capitol is “that information that may reflect a growing threat may be communicated on public forums.”

“The current threat environment is one which is fueled in large part by conspiracy theories and other false narratives that are spread online by foreign governments, by foreign terrorist groups and by domestic extremist thought leaders, and are consumed by individuals who are predisposed to engage in violence,” the official said.

Bloomberg via Getty Images, FILEA Department of Homeland Security seal hangs on a wall before a speech by Vice President Mike Pence at the agency headquarters in Washington, D.C., July 6, 2018.

The official pointed to the events of Jan. 6 and the attacks on the synagogues in Pittsburgh and Poway, California, as examples.

The senior DHS official also pointed to the balance DHS has to walk when putting out products.

“We don’t want to overreact, but we want to make sure that we are at the earliest stage possible providing awareness to law enforcement and other personnel who are responsible for security and are critical to mitigating risk,” the senior official said, adding the bulletin was done with civil rights and civil liberties in mind.