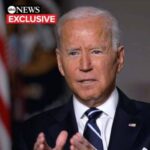 US troops will stay until all Americans are out of Afghanistan, even if past Aug. 31 deadline: Biden to ABC News 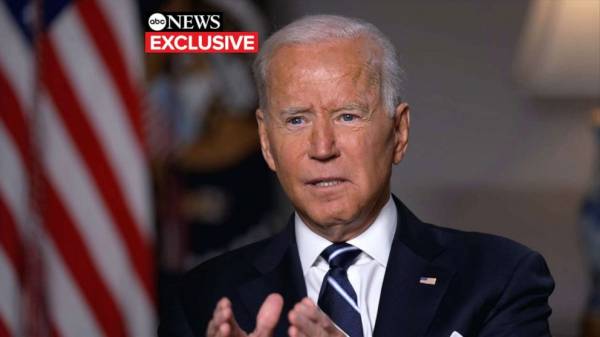 In an exclusive interview with ABC News’ George Stephanopoulos, President Joe Biden said the U.S. is committed to getting every American out of Afghanistan — even if it means potentially extending the mission beyond his Aug. 31 deadline for a total withdrawal.

“We’ve got like 10 to 15,000 Americans in the country right now. Right? And are you committed to making sure that the troops stay until every American who wants to be out is out?” Stephanopoulos asked Biden.

The president cautioned that his focus is on completing the mission by Aug. 31, but when pressed by Stephanopoulos, conceded the mission could take longer.

“So Americans should understand that troops might have to be there beyond Aug. 31st?” Stephanopoulos asked.

“No,” Biden replied. “Americans should understand that we’re gonna try to get it done before Aug. 31st.”

“But if we don’t,” Stephanopoulos said, “the troops will stay –“

“If — if we don’t,” Biden interrupted, “We’ll determine at the time who’s left.”

“And if you’re American force — if there’s American citizens left, we’re gonna stay to get them all out,” Biden said.

“The commitment holds to get everyone out that, in fact, we can get out and everyone who should come out. And that’s the objective. That’s what we’re doing now. That’s the path we’re on. And I think we’ll get there,” Biden said.

But to do that before the end of the month, Biden said it will require that the ongoing evacuation mission go faster.

“It depends on where we are and whether we can get — ramp these numbers up to five to five – 7,000 a day coming out. If that’s the case, they’ll all be out,” the president said.

“The commitment holds to get everyone out that, in fact, we can get out and everyone who should come out. And that’s the objective. That’s what we’re doing now. That’s the path we’re on. And I think we’ll get there,” Biden said.

The administration has come under fire for the chaos unfolding on the ground in Afghanistan as control of the country quickly fell to the Taliban while the deadline for the final U.S. withdrawal approached.

The Taliban’s rapid recapture of the country, the administration acknowledged, happened more quickly than they had expected, and led to chaos at the Kabul airport. As the Taliban continues to block access for desperate Afghan allies who aided the United States during the 20 years war, they now fear retribution for their efforts.