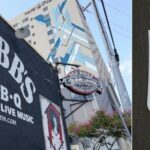 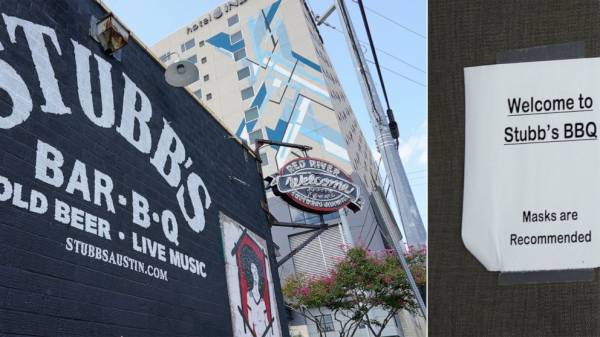 NASHVILLE, Tenn. — The coronavirus vaccine gave the live entertainment industry hope for a rebound in 2021. Now, as COVID-19 cases surge and hospital beds fill up, it feels like March 2020 all over again.

Tom DeGeorge runs the popular Crowbar club in Tampa, Florida, that once hosted about 300 concerts a year, mostly touring bands. He managed to stay afloat and reopen last fall, hosting about six shows a month. But with cases surging in Florida, show cancellations have racked up and attendance has plummeted.

“The amount of people that are coming out right now is I’d say about 25, 30 percent of what it should be,” said DeGeorge. “I have a feeling that I’m probably going to lose the majority of my fall and winter calendar, but I’m basically already mentally prepared for the worst-case scenario.”

In hope of salvaging and surviving another devastating year, the industry is moving rapidly toward vaccine mandates for concertgoers, event staff and crew. In some instances, fans are being asked to show proof of vaccination or a negative test — such as for Harry Styles’ upcoming fall U.S. tour.

But the politicization of the pandemic and vaccines have dealt venues like DeGeorge’s another heavy blow. Across the country, there are a myriad of state and local rules that regulate when and where mask mandates and vaccine requirements can be enforced.

In Florida and Texas, for instance, governors have issued bans on vaccine passports, which in some cases apply to private businesses. Some governors’ executive orders are being challenged — either in court or by businesses experimenting with how far they can go.

“What we’ve seen really in Austin is people with a lack of clear direction trying to explore and understand what can be done,” said Cody Cowan, executive director of Red River Cultural District in Austin, Texas, home to 15 music venues. “I think certainly the sentiment is, by both the venues and the musicians, that everyone wants public health in place, even if the state has decided to not put orders in place around public health.”

He said Austin venues are trying out various vaccine and testing requirements — but that comes with significant risk. Texas state law says businesses can’t require customers to show proof of a COVID-19 vaccination. The Texas Alcoholic Beverage Commission, which regulates liquor licenses, has notified some restaurants and music venues that their requirements were not in compliance. For most music venues, alcohol sales are a majority of their revenue, and Cowan says that indicates the state is willing to penalize venues for violations of COVID-19 rules.

“You may have your license suspended, revoked or taken away permanently if you choose to attempt to enforce public health,” Cowan said. “That’s the sort of fear we’re living under constantly.”

Adjoining venues ACL Live and 3TEN will comply with requests by performers to require fans to show negative test results and masks are required, according to Colleen Fischer, general manager and director of booking for both venues. If a fan won’t provide test results, they will also accept proof of vaccination.

Florida’s DeGeorge said he’s been spit on by a patron and others have tried to physically fight him over requirements to wear masks. He feels that anger stems from political messaging about masks and other virus protection policies.

But he worries more that as vaccine mandates become industry standards in other places, touring artists won’t bother coming to Florida.

“Touring bands, the best of the best, are not going to come down here if they don’t feel like they can be safe and we can’t offer to them the same assurances that they have in other states,” DeGeorge said.

The push for vaccine requirements for concerts is not only coming from the biggest promoters like Live Nation and AEG Live, but also artists themselves. The Foo Fighters, Phish, Maroon 5, The Killers and Dead & Company have all publicly said they’ll require proof of vaccination or a negative COVID-19 test for fans.

Singer Jennifer Nettles, who performs solo and as a part of the country duo Sugarland, said she looks at it from a business perspective when she considers the health of the people who work for her as well as the fans.

“We can’t force anyone to get a vaccine,” Nettles said. “But we do have the right to say, ‘OK, if you don’t have it, then you can’t come because that is dangerous.’ It’s not a character judgment that’s being made. It’s a matter of fact.”

And Nettles is equally frustrated that political division and misinformation is dominating the conversation among fans and sometimes artists.

“Especially if you look at country music, wowza, when you consider that demographic and the political lines that are drawn, I feel like it makes it extremely difficult,” Nettles said.

Other artists have staunchly come out against vaccine mandates for concerts, including Eric Clapton and Van Morrison. Country singer Travis Tritt said in a statement that vaccine policies at concerts are discriminatory.

“I have always been a huge defender of basic human rights and liberty for all,” Tritt said. “No government, employer, or private entity should ever be allowed to infringe on those rights and liberties. I’m also very much against discrimination of any kind. All forms of discrimination need to be called out and condemned in the strongest terms possible.”

The differences in these policies as well as changing conditions in state COVID rates has made booking national tours in 2021 fraught with difficulty and last-minute changes, said Paul Lohr, president of New Frontier Touring, a booking agency that represents about 80 artists, including The Avett Brothers and Rodney Crowell.

“Because of the variances state by state, it can all of a sudden leave a tour looking like Swiss cheese,” said Lohr. “If you start taking out — and every tour is different — a quarter, a third or half of your dates, that’s the margin of profit on a tour right there. And it just torpedoes the whole thing.”

At Nashville’s famed rock club Exit/In, owner Chris Cobb said that they had to turn away about 10% of attendees the first time they instituted a vaccine requirement for a show. He says some of those turned away weren’t aware of the just-enacted policy.

“We have to carry the burden of figuring out how to implement it,” said Cobb. “And it’s extremely helpful when artists are not only supportive but vocally supportive.”

While the top-tier bands can afford to cancel based on COVID safety concerns, many small and local musicians don’t have many financial options. Roots musician Hilary Perkins saw that the pandemic was creating inequality and systematic problems for musicians who need regular gigs.

When she couldn’t find any industry wide standards on what musicians and artists could ask for in their contracts, her organization, Whippoorwill Arts, developed a set of health and safety guidelines for musicians to ask venues and promoters to adopt.

Nettles has been sharing on social media the data on unvaccinated people filling up the small local hospital in her hometown in Georgia.

“This isn’t an artist making a power play,” Nettles said. “People are dying. There is a way to keep people from dying.”

This story has been updated to correct the spelling of Whippoorwill Arts.