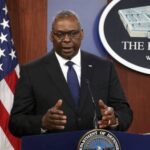 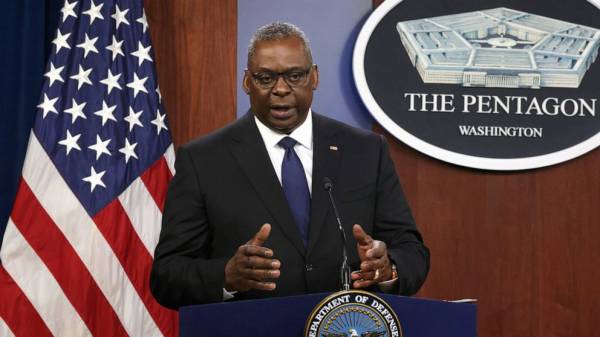 No one predicted that the Afghanistan government would collapse in 11 days, Secretary of Defense Lloyd Austin said in an exclusive interview with ABC “This Week” co-anchor Martha Raddatz.

“It was a very rapid, fast-moving, fast-paced evolution,” Austin said. “This all occurred in a span of about 11 days. Nobody predicted that, you know, the government would fall in 11 days.”

Austin said early U.S. intelligence estimates varied widely as to how long the Afghan government could last against the Taliban after a U.S. military withdrawal.

“There were assessments that ranged initially from one to two years to, you know, several months, but it was a wide range of — of assessments,” Austin said. “As the Taliban began to make gains, and then we saw that in a number of cases, there was less fighting and more surrendering and more forces just kind of evaporating, it was very difficult to predict with accuracy.”

Desperate scramble at the Kabul airport

Chaos immediately broke out across Afghanistan after the Taliban seized control just over one week ago.

Afghans and foreign nationals flooded Hamid Karzai International Airport in Kabul on Monday, hoping to escape, but accessing the airport proved much more difficult than anticipated, with the Taliban taking control of roads leading to the airport, stopping most who passed.

Once at there, the scene was still chaotic. Several people — desperate to escape — clung to the side of a C-17 cargo plane. Some died as the plane took off, falling from the aircraft, and human remains were later found in the wheel well.

American and NATO troops were eventually able to restore security at the airport and U.S. military commanders engaged in talks with their Taliban counterparts about Americans accessing the airport.

“If you have an American passport and if you have the right credentials, the Taliban has been allowing people to — to pass safely through,” Austin said.

“Not in all cases,” Raddatz interjected.

“There’s no such thing as an absolute,” the defense secretary conceded. “And this kind of environment as you would imagine, Martha, there have been incidents of people, you know, having some tough encounters with Taliban.”

Austin said when the U.S. hears about these incidents, they engage Taliban leadership and tell them that the U.S. expects the Taliban to let people with the appropriate credentials past checkpoints.

But even with the right credentials, some have been turned away. ABC News has previously reported that House members were told that the Taliban beat U.S. citizens attempting to evacuate. Additionally, at least 20 people have died in the past seven days in and around the airport, a NATO official told Reuters on Sunday.

Most of the 17,000 evacuees who have been flown out of the airport since this weekend are Afghans who worked with American troops over the past two decades.

According to Austin, these types of evacuations — where thousands of people need to be flown safely out, then processed and verified, all during a global pandemic — can create some of the most challenging missions.

“It’s a dynamic and challenging environment,” Austin said. “As you would imagine, you know, a noncombatant evacuation operation is one of the most challenging operations in the inventory.”

While the U.S. military has sent over 5,800 troops to secure the airport, the evacuation has been largely criticized for being too little, too late. But Austin insisted the U.S. military would get as many people out as possible.

“Martha, we’re gonna try our very best to get everybody, every American citizen who wants to get out, out,” Austin said.

“Absolutely, the people that are in the Special Immigrant Visa program are very, very important to us and these would be the interpreters and many of the staff that supported our embassy and other embassies,” Austin responded.

Ernst calls evacuation efforts ‘one of the biggest debacles’

The U.S. should send more troops into Afghanistan to help evacuate American citizens and Afghans who supported the U.S., Republican senator Joni Ernst, R-Iowa, said in a separate interview on “This Week” on Sunday.

“We should be doing everything possible to get Americans safely to the airport for evacuation,” Ernst told Raddatz. “We are the strongest military on the face of this planet, and we should be exercising those authorities to make sure that we’re flexing our military muscle, especially when it comes to evacuating Americans.”

Ernst, a combat veteran, called the effort to evacuate the Kabul embassy “one of the biggest debacles that we have seen in the last several decades.”

“We have been on the administration for months now to be working on the vetting process to make sure we’re working with those interpreters to get them safely out of the country,” Ernst said.

“If there are Afghans that need to be evacuated that aren’t fully vetted, we do have third-country partners that are working with us in this effort,” Ernst added. “We can evacuate these Afghans to those countries to continue the vetting process from there and I think we should be doing absolutely everything we can to assist those who assisted us in the past two decades in the global war on terror.”

For the most part, Americans and U.S. allies have had to find their own way to the airport. But when that proves to be impossible, Austin said they’ve used creative ways to do outreach. The U.S. military has performed at least one mission outside of the airport, flying three CH-47 Chinook helicopters to pick up 169 American citizens from a hotel in Kabul.

“I know you’ve gone 1,000 yards outside the airport and brought those 169 people in there,” Raddatz pressed Austin. “But further out into Kabul, there are people desperate to get in. We’re the most capable military in the world.”

“We are, and that most capable military in the world is going to make sure that our airfield remains secure and safe and we’re going to defend that airfield,” Austin responded.

The defense secretary added that the U.S. military will look for every way possible to get American citizens, third-country nationals and special immigrant visa applicants to the Kabul airport.

“What’s most important though, Martha, and I mean this sincerely, we’re going to look at every way — every means possible to get American citizens, third-country nationals, special immigrant visa applicants into the airfield, and we will work this until the very last day that we’re able to work it before we have to leave,” Austin said.

Wakil Kohsar/AFP via Getty ImagesAfghans gather on a roadside near the military part of the airport in Kabul on August 20, 2021, hoping to flee from the country after the Taliban’s military takeover of Afghanistan.MORE: US special operations forces race to save former Afghan comrades in jeopardy

Raddatz pressed Austin on whether the U.S. would expand their mission to evacuate allies further into the city of Kabul.

“Do you think it’s possible we’ll expand the mission and go beyond that 1,000 yards to help people out?” Raddatz asked.

“I won’t forecast any option that we may take, but I will tell you that I’m going to do everything within my power to get people into the airfield,” Austin said.

Austin added that the goal is to finish the evacuation by Aug. 31, but hinted that the deadline may get pushed back.

“If we’re given more time, then we will do everything that we can to make the best use of that time,” he said.

Austin said the job of processing and issuing special immigrant visa applicants to Afghan allies primarily falls under the State Department, but is shared by many agencies.

“It’s an interagency process that’s really honchoed or led by the State Department,” he said. “But it’s all of our responsibility.”

Omar Haidari/via ReutersA baby is handed over to the American army over the perimeter wall of the airport for it to be evacuated, in Kabul, Aug. 19, 2021.

Defending the withdrawal, Austin also points to what the administration inherited

President Joe Biden, who announced the withdrawal in April, has been pushing for the U.S. to end its longest war for years. But the withdrawal has largely been criticized as both a military and intelligence failure since so many Americans and U.S. allies were left with no means to escape once the Taliban seized control.

“What kind of planning went into that, and and do you believe — as you look at it now, and the military loves to plan for the worst case — that the planning was acceptable and appropriate?” Raddatz asked Austin of the withdrawal planning.

“I think you have to go back and look at what — what the administration inherited,” Austin responded, placing the blame on Biden’s predecessor. “I mean we came in, and as we as we came in — walked in the door, you know, we were faced with a May 1 deadline to have all forces out of the country. This deal had been struck with the Taliban.”

“At the end of the day, the president made his decision,” the defense secretary added. “But again, he was faced with a situation where there were no good options, all were very tough. And, you know, he reached his decisions based upon thorough analysis.”

The president, in an exclusive interview with ABC News’ George Stephanopoulos, said on Wednesday, “The idea that somehow, there’s a way to have gotten out without chaos ensuing — I don’t know how that happens.”

Austin told Raddatz that he agreed with the president’s assessment.

“I agree that if — if a government collapses to the degree that it did, if the security forces evaporate at the speed that they did, you will clearly have chaos,” he said. “And that’s what we saw.”

Raddatz asked whether he wanted to see a small force of U.S. troops remain in Afghanistan, but Austin would not reveal his opinion.

“I’m not gonna tell you what my recommendation to our president was, I will just tell you that, like everyone else, the president listened to our input,” Austin responded. “He conducted a very rigorous and thoughtful process and he made a decision, and I support that decision.”

Austin told Raddatz that he was surprised the Afghan army collapsed so quickly, particularly after 20 years of U.S. military presence in the region.

“I will tell you that again, 20 years of the best training, the world’s best equipment, you know a lot of effort — you have to be surprised by what you saw and when you can measure capability you can measure capacity, but it’s difficult to measure the will to fight,” Austin said.

When asked how Gold Star families and veterans should feel about Afghanistan falling under the control of the Taliban once again, Austin said that having served himself in Afghanistan, he empathized with them.

“Some will struggle,” he said. “And as you struggle, I would ask our teammates to recognize that there is help. If you need help, don’t hesitate to ask for it.”

On what the final outcome will be in Afghanistan, Austin said he does not know.

“I’ve gotten out of the business of making predictions long, long ago, but I think that’s a chapter that’s yet to be written,” Austin said.

Previous : US Still Interested in Possibility of Having Astronauts Fly on Board Soyuz, Roscosmos Says
Next : Surgeon General defends US booster shot plan as much of the world awaits vaccines