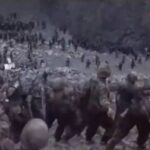 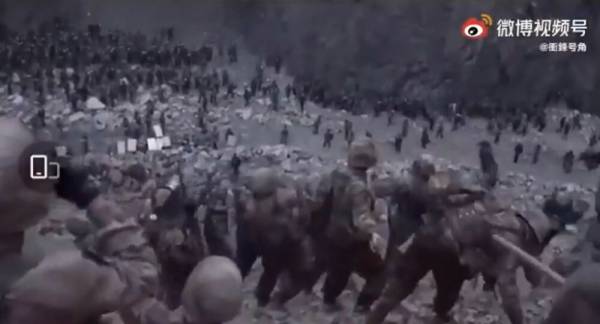 Soldiers from the Indian Army and the People’s Liberation Army engaged in skirmishes in Galwan Valley, Ladakh region, at an altitude of more than 15,000 feet last year. Hostile weather and the topography of the area not withstanding, soldiers resorted to fist fights on some occasions, to defend their respective country’s claim to the area.

A day after military talks were held between India and China to de-escalate tensions that had run high since skirmishes in Ladakh last year, a video of the clash that took place in Galwan Valley emerged online.

Various media outlets in India, including news portal Swarajyamag.com and India Today, ran stories about the footage believed to be part of an interview in Chinese state media with families of PLA troops who had been killed in the Galwan clash.

India reported the death of 20 of its soldiers and the PLA confirmed that four of its soldiers had died in the clashes. The unverified video has been posted on Twitter by open-source intelligence handle @detresfa.

India Today said that the video showed how “after a brutal clash in which the Chinese side used sharp-edged weapons, several Chinese troops fell into the flowing Galwan river. The torrent of water washing away the troops can be seen clearly in the video”.

The report also said that the “video proved that Chinese soldiers pelted Indian soldiers with rocks from the top of a mountain as they stood on the banks of the Galwan river”.

The Chinese news agency, Xinhua, reported that the Indian soldiers had also pelted their Chinese opponents with stones.

​Commenting on the challenges that nature throws up when soldiers engage in cross-border hostilities, a senior army official, who served in Ladakh sector, told Sputnik: “Soldiers in areas such as the Galwan valley, where the topography and climate are extremely hostile, have to brave not just the enemy but also life-challenging conditions – even in normal, routine life. In crisis situations, or in the case of clashes, nature becomes a force to be reckoned with while fomenting and executing carefully planned strategies.”